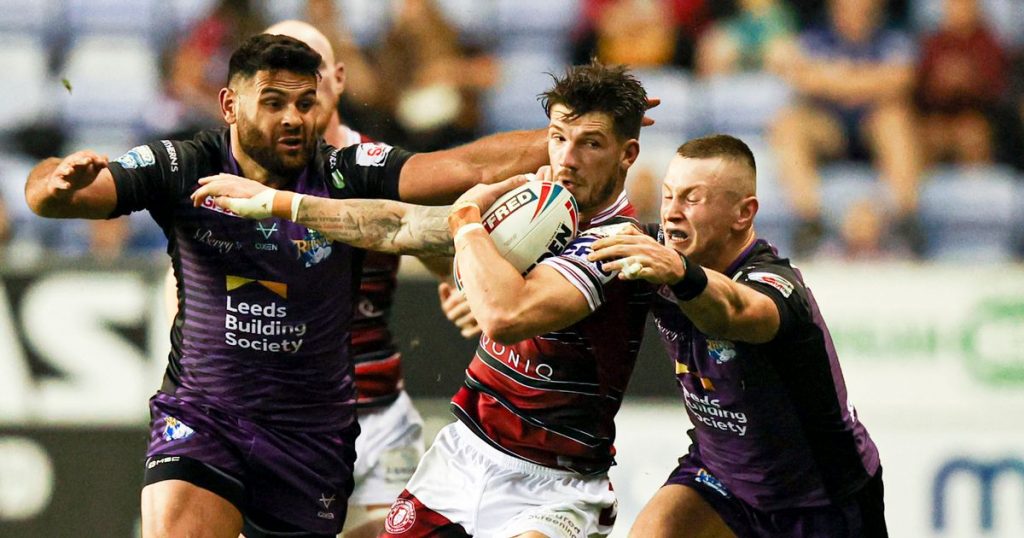 Richard Agar is refusing to get carried away despite watching Leeds Rhinos claim their first win at Wigan Warriors in eight years on Wednesday night.

The Rhinos went into the game outside the Super League play-off positions but knew a victory would put them on the tail of fourth-placed Wigan.

A dour contest was settled by tries in either half from Brad Dwyer and Richie Myler as Leeds moved up to fifth with a 14-0 win, putting the pressure back on Hull KR, Hull FC and Castleford Tigers ahead of Thursday’s games.

With four rounds remaining after this one, Agar is expecting more twists and turns in the final few weeks of the regular season.

“A lot will happen in the next few weeks for all sorts of reasons with the way the competition is structured at the moment.

“It’s a good win from our guys. We worked exceptionally hard and overcame some adversity.

“We knew it was going to be a tight game. We felt Wigan’s defence was pretty good and they would be hard to break down.

“We didn’t get too many chances but at the same time having a forward-orientated bench helped us keep the energy high, certainly defensively.

“We worked extremely hard in every aspect of our D tonight.”

The win was all the more impressive given the Rhinos lost Zane Tetevano and Luke Briscoe to the sin bin in the first half.

“It takes some doing (to keep a side scoreless with 11 men),” said Agar.

“I’m really proud of them. It epitomises the spirit within us. We’ve had that spirit for a long time and it’s certainly helped us through some tough periods this year.

“There’s a long way to go but our guys have felt for a long time like there’s been a lot to play for despite the difficulties we’ve had during the year.”

Kruise Leeming took home Sky Sports’ man of the match award after another influential display following his switch into the halves in the absence of Callum McLelland.

Agar agreed that Leeming was among Leeds’ top performers as they made it three straight wins.

“He’s been in good form for a while now,” said Agar.

“He’s a very determined player, a very ambitious player who wants to improve himself all the time.

“He’s played really well when he’s played in the halves. He had to go into nine for seven or eight minutes when Brad Dwyer went off.

“Whether he’s played on the left or right or at hooker, he’s been very adaptable.

“He’s really starting to thrive within our team.”