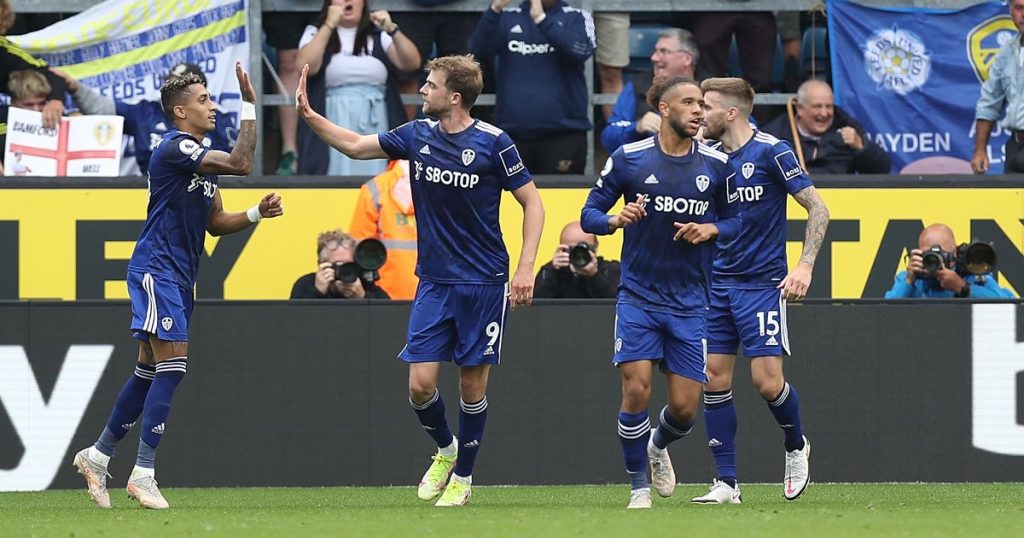 With Leeds United fully expected to revert to a flat back four in order to counter Liverpool’s front three, there will be a decision for Marcelo Bielsa to make in the middle.

Diego Llorente, Liam Cooper and Pascal Struijk are all fit and have strong claims for starting the match at Elland Road.

Cooper’s captaincy and Llorente’s level last season possibly stick their noses in front, but it has been hard to fault Struijk for months now.

It would be controversial of Bielsa to leave either of the two senior options on the bench.

Raphinha’s possible absence would have given Bielsa a way out of a tight call on his central midfielders on Sunday.

Had the Brazilian missed out, playing Stuart Dallas there would have ensured Mateusz Klich and Rodrigo go on for a little longer in the centre, despite the latter’s recent struggles.

With Raphinha virtually guaranteed to be Bielsa’s preference down the right, it will be intriguing to see who partners Dallas in the centre, especially against such dangerous opposition.

That is, of course, assuming Junior Firpo returns at left-back.

Bielsa has long maintained how important it is to stand by Rodrigo and continue his run of starts to build that sharpness and form. However, Klich has done well this season and undoubtedly represents better defensive security.

Now 35, James Milner is some way down the pecking order at Liverpool and even less of a factor for Jurgen Klopp when you read the veteran only returned to team training on Thursday.

However, you hope if he can somehow find a place on the nine-man bench, Klopp may find a way to get the Leeds boy back onto the field.

Milner featured at Elland Road last season under the cloud of the European Super League debacle, but without fans there to acknowledge him, his return went under the radar.

With a packed house on Sunday afternoon, even Milner’s warm-up is sure to attract generous applause for one of their own and one of the club’s finest academy exports of the past 20 years.

The last time Milner featured for or against Leeds at Elland Road, with fans watching, was the 3-3 Charlton Athletic draw of May 2004.

Time for a typical Leeds result under Bielsa?

There were a few occasions last season when it felt like the Whites were given absolutely no chance of winning a game, but against all the odds, turned ties on their head.

Aside from the 11-match unbeaten run at the end of last season, which included five of the so-called big six, there was Leicester City away, Everton away and Manchester City home which stood out as unexpected performances.

Of course, the spring wins over City and Tottenham Hotspur also underline how Bielsa’s Leeds can bridge any gap in this division to win matches.

After a below-par start to the season, turning over the 2020 champions on Sunday would epitomise Bielsa’s Premier League tenure.

Remember, they never went more than three matches without a win last term.