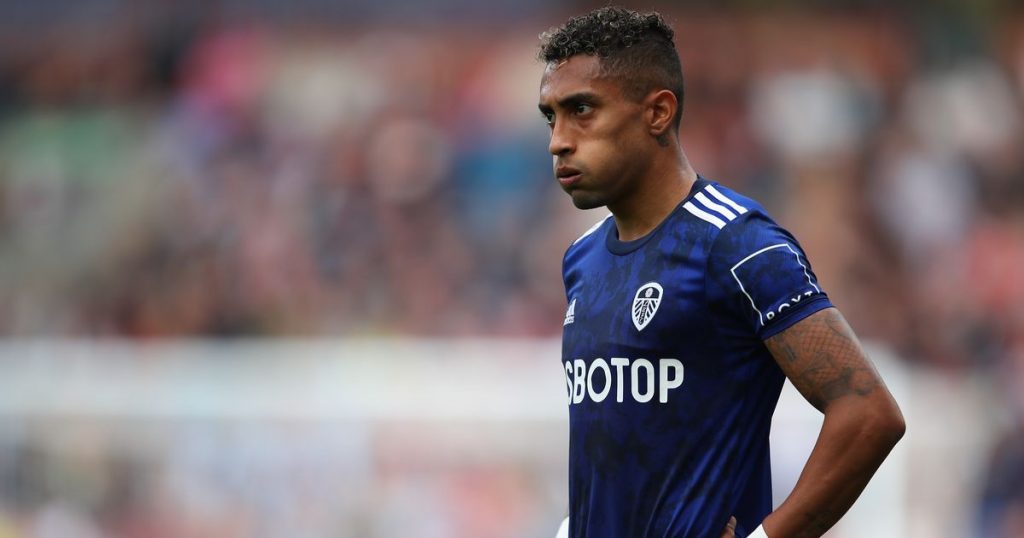 Blood had to be drained from Raphinha’s thigh injury in April through an episode the Leeds United winger felt he may lose his leg.

While the Brazilian can look back on the injury inflicted by compatriot Fernandinho at Etihad Stadium on April 10 and make flippant comments about losing his leg now, it was a lot more serious than any of us realised at the time.

In the week after the injury, Marcelo Bielsa would describe it in press conferences as a knock being monitored on a daily basis.

It was not until April 29, he would mention an internal hematoma and the severity of his Raphinha’s absence.

Writing for The Players’ Tribune, Raphinha pulled back the curtain on just how much pain he was in as well as how quickly he returned to action.

“You remember when Fernandinho fouled me at the Etihad towards the end of last season? He hit my thigh hard,” he said.

“I’m still used to the várzea (tournaments in Brazil), where you put ice on it and carry on. No blood, no foul, man! You have to break your leg to get any sympathy there!

“But when I came home and removed the bandage, my left leg was swelling. It was twice as thick as the right.

“My blood pressure dropped. I called a doctor, who took me to the hospital. The pain was so bad I had to be given anaesthesia. I couldn’t walk. I couldn’t even get into the car.

“Apparently, I had something called an internal haematoma. The doctors said I needed surgery to remove all the blood. I had never had surgery before.

“They also said I would miss the rest of the season, though sometimes it felt as if I was gonna lose my leg.

“Thank God, they never found a blood clot, as they had feared. I stayed there overnight on painkillers and medicines.

“The next morning I went home, and after three days I could put the crutches aside, but then the pain returned.

“I had to have even more blood removed from the leg. I went to the hospital four times, four times, man, and the doctors drained nearly 100 millilitres.

“It was awful, but the worst part was the fixtures I was about to miss.”

Raphinha would miss clashes with Liverpool, Manchester United and Brighton & Hove Albion before coming off the bench at Elland Road against Tottenham Hotspur on May 8.

“Still, I had a target. I was going to play the final game of the season, the one where we would have fans at Elland Road,” he said.

“Luckily I returned sooner than expected and even got a few minutes against Spurs. I played with a lot of pain, man, but in that final game, it was worth it.”