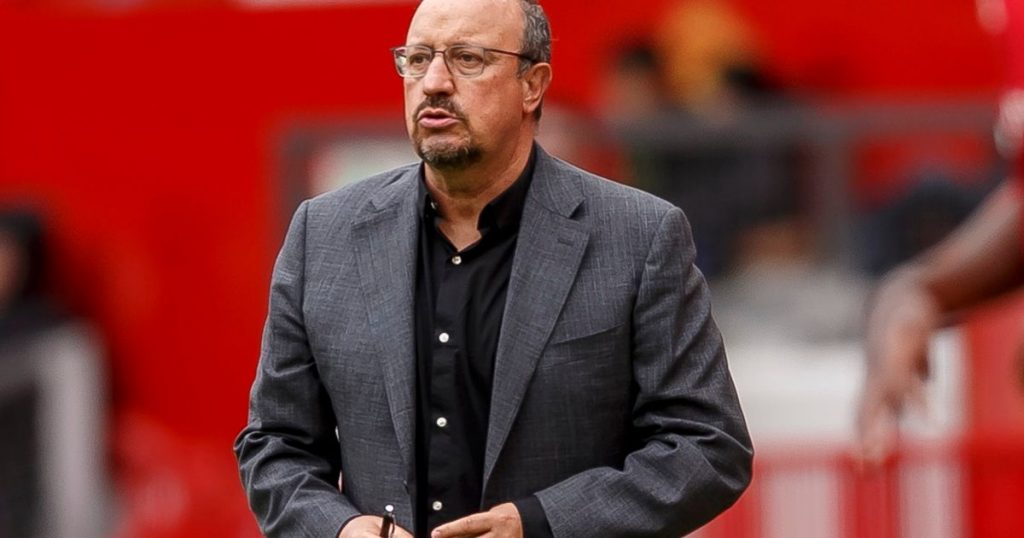 Rafa Benitez has claimed that there is more to come from his side ahead of Everton’s visit to play Leeds United next weekend.

The Spaniard got off to the ideal start on his return to Merseyside as the Toffees came from a goal down to beat Southampton 3-1.

After the time he spent with Liverpool, the 61-year-old still has some way to go to get a large proportion of the Everton supporters onside, but an opening day victory certainly helped his cause.

Despite putting three goals past Ralph Hasenhuttl’s side, Benitez expects even more from his new side as the season goes on.

“We need to understand it is too early,” he said. “We have just arrived after six weeks and you cannot expect the players will understand everything we are trying to do.

“After time they will improve but overall the reaction of the players, everyone on the pitch, everyone in the stadium, has been so positive I will take that.

“The way we were fighting for every ball, this is what the fans were expecting.”

Benitez highlighted that some of his players were unable to get as full a pre season as he would have liked because of international tournaments and injuries.

Richarlison and Dominic Calvert-Lewin were two of the players involved with their national teams this summer and both still managed to find the back of the net against the Saints.

“There were a lot of positives from the first game of the season but don’t forget that we have some players coming back late but it is good to start with three points,” he said. “In the end the players understood what we are trying to do. Hopefully in the future we won’t see them suffering so much.”

The Everton manager will be looking forward to spending more time with the players this week as they prepare for their first away trip of the season at a packed Elland Road.

Marcelo Bielsa, on the other hand, will be desperate for his side to bounce back from the humbling defeat against Manchester United at Old Trafford.