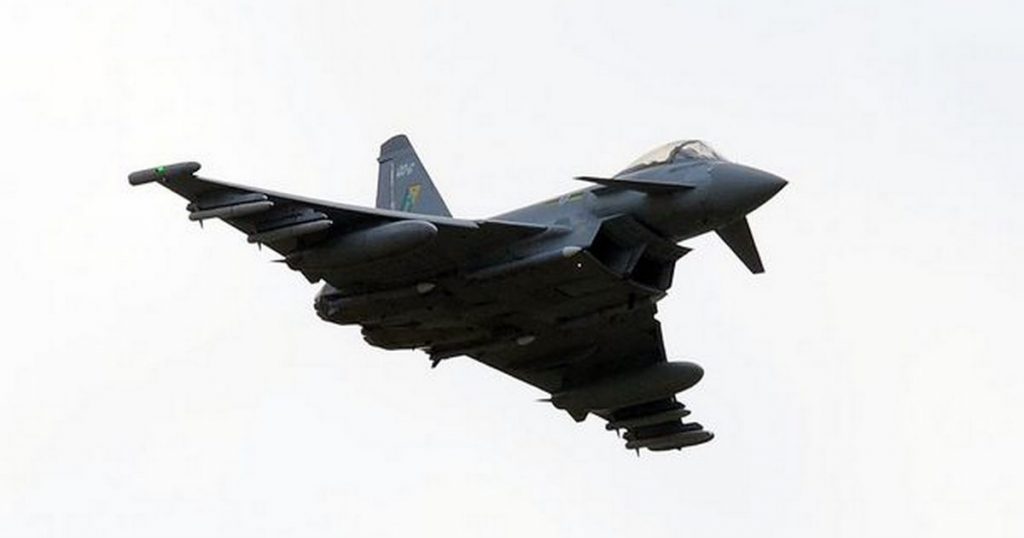 The deafening roar of an RAF fighter jet ripping through Leeds’ skies on Thursday afternoon was not a training drill.

In fact, the Royal Air Force has confirmed that it sent a Typhoon jet after an aircraft near Leeds Bradford Airport.

The jet was scrambled after Air Traffic Control ‘lost contact’ with an aeroplane near the airport.

The incident happened at around 3.45pm, with residents describing hearing a ‘bonkers’ noise as the jet hurtled through the air to locate the rogue plane.

The deafening noise was heard across several parts of Leeds including Cookridge, Alwoodley, Oakwood and Shadwell.

The fighter was sent to track down the aircraft in a dramatic moment that was probably a little bit disconcerting for its pilot.

The Typhoon then found the plane and escorted it back to Leeds Bradford Airport.

Thankfully, nobody was hurt.

One resident said: “Fighter jets over Leeds. Bonkers how loud they are.”

Another, @SteveLTurner spotted the chase involved another plane, adding: “Chasing a little plane by the look it it, I’d imagine the pilot will need to urgently find some new pants”.

According to the RAF, the jet is a ‘highly capable and extremely agile’ combat aircraft.

Its site adds: “Although Typhoon has flown precision attack missions in all its combat deployments to date, its most essential role remains the provision of quick reaction alert for UK and Falkland Islands airspace.

A spokesperson for Leeds Bradford Airport told LeedsLive : “Air traffic control temporarily lost contact with a light aircraft this afternoon. As per standard procedure, it was escorted by the RAF and guided to LBA.

“The aircraft has since safely landed and the incident closed down without any further action being taken. We have nothing more to add.”