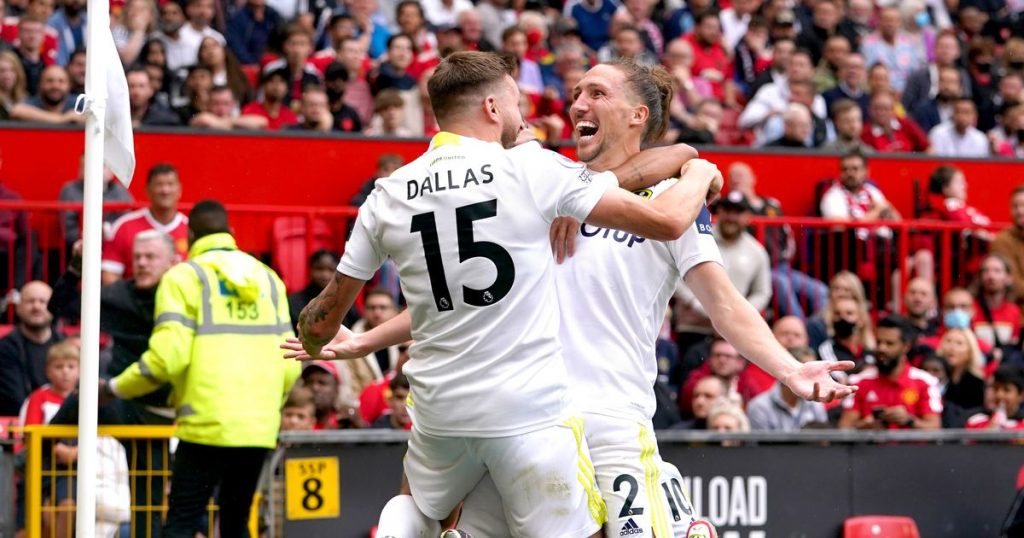 Several Premier League pundits have predicted that Leeds United will register their first points of the season against Everton this weekend.

The Whites return to a sold-out Elland Road for the first time since March 2020 and will be hoping to put the Manchester United defeat firmly behind them.

The visit of the Toffees certainly will not be easy though as they got their campaign off to the perfect start last week with a 3-1 home win against Southampton.

Mark Lawrenson is one of the pundits who is expecting Leeds to come away with all three points as he predicted a 2-0 win for Marcelo Bielsa’s side in his BBC Sport column.

Sky Sports Soccer Saturday presenter Jeff Stelling also believes the home side will get their first win of the season, predicting a 1-0 scoreline in favour of the Whites.

His colleagues Chris Kamara and Laura Woods are less confident in a Leeds victory following their opening day defeat and both expect the points to be shared in a 1-1 draw.

Former Liverpool striker Neil Mellor was in agreement with Lawrenson and Stelling and anticipates an exciting clash between Leeds and Everton, ultimately predicting the hosts to run out 2-1 winners.

However, Michael Owen has claimed that Bielsa’s players are still feeling the effects of a poor pre season and will struggle in their first home game of the season.

Writing in his BetVictor column, he said: “It was a shaky start, but Everton responded well after the break to give Rafa Benitez a debut home win. Rafa does what he does best and made a few tactical changes to change the game. Calvert-Lewin got on the scoresheet and there are already signs that he could flourish in this system.

“As for Leeds, it couldn’t have gone much worse for them at Old Trafford. They started brightly but some of the defending in the second half was atrocious. They’re the risks Bielsa plays with, but they’ll need to tighten up at the back.

“Benitez will have won some of the Everton faithful over with last week’s win and I think he can add to it with another win here. Leeds had a poor pre season and took that form into the opening game. I’m tipping Everton to leave Elland Road with a 2-1 win.”