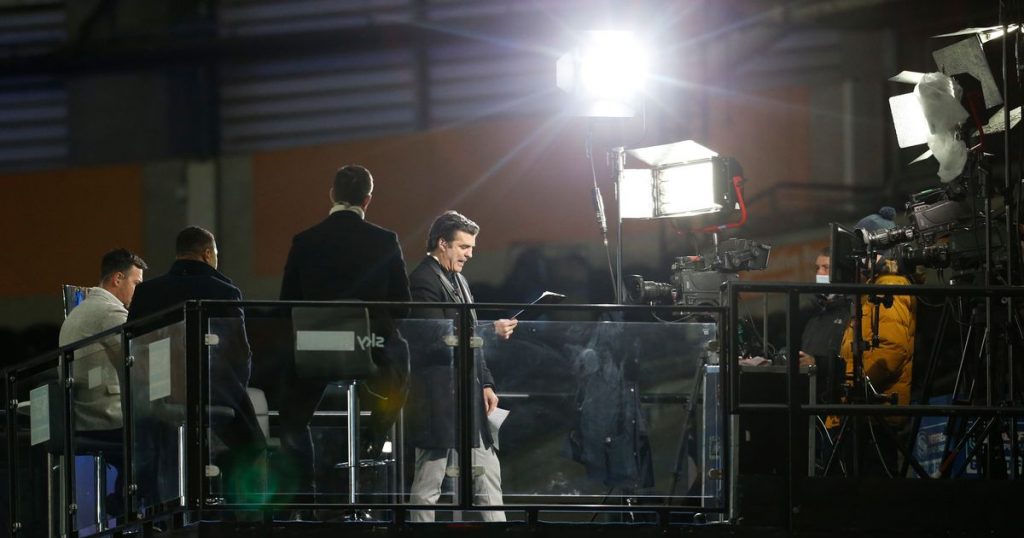 The Premier League looks set to introduce a new ‘purple’ zone for pre and post-match television interviews with players and staff.

The Mirror says the new guidelines that are set to be introduced are as a result of “chaotic” scenes pitchside last week as grounds returned to full capacity.

Sky, BT Sport and other broadcasters struggled with their interviews because of the noise and a number of viewers complained they could not hear the post-match interviews during Leeds’ defeat at Old Trafford last week as a consequence of fans lingering in the stadium.

United goal scorer Mason Greenwood struggled to hear the questions posed to him by the interviewer and viewers could not hear his answer in BT Sport’s Saturday lunchtime kick-off.

Clubs have also grown increasingly worried that supporters could stay in grounds and direct their frustration towards players and managers before and after games while doing their media duties.

Officials are worried it could get ugly if fans choose to protest or call for a manager to be sacked with all parties keen to avoid any unsavoury scenes.

That has prompted the Premier League to conjure up new guidelines – including setting up a new zone in the tunnel and media room access for broadcasters which will allow interviews to be done away from the pitch.

Red zones have been reserved specifically for players, officials and coaching staff to limit the mixing and potential chance of spreading the Coronavirus infection.

The new proposals could be in action by October but clubs are pushing for the new ‘Purple zone’ to be implemented sooner.