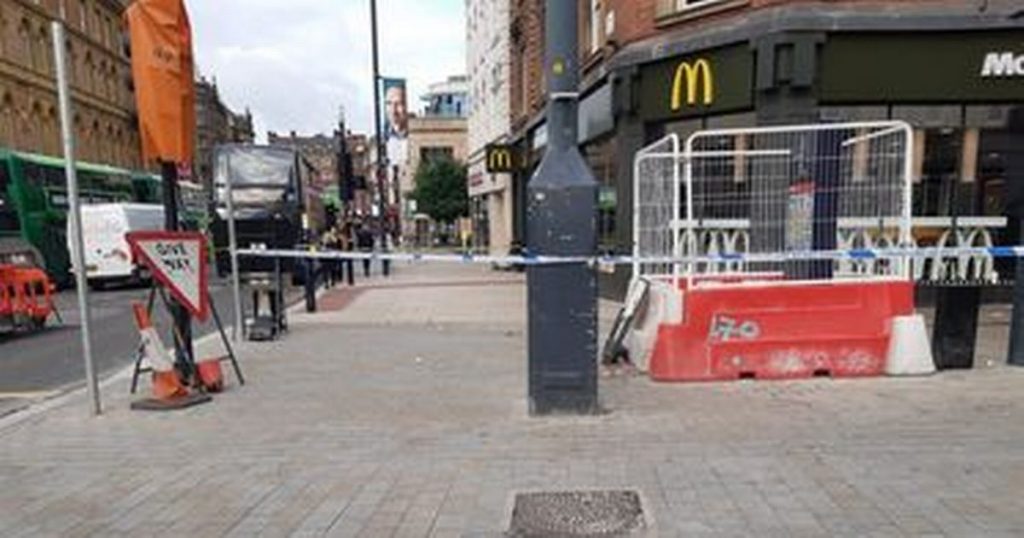 Three men have been arrested after a 32-year-old man was stabbed in Leeds city centre in the early hours of this morning.

West Yorkshire Police were called to the junction of Boar Lane and Briggate at 2.33am (Friday) following an argument.

He was taken to hospital for emergency treatment and has suffered “very serious injuries”. He remains in a stable condition.

A pool of blood was pictured on the floor among napkins and other rubbish inside the city centre restaurant.

READ MORE:Sign begging for forgiveness saying ‘I am sorry my lov’ appears on bridge above busy Leeds road

The force says his injuries are not considered life threatening.

Three men aged 18, 19 and 24 in connection with the incident and they remain in custody.

Detective Inspector James Entwistle, of Leeds District CID, said: “The victim has received very serious injuries and it’s quite apparent that this could have had far more serious consequences for him.

“Although our enquiries remain at an early stage, this appears to have been an unprovoked attack arising from a dispute in the street.

“It’s clear from CCTV that there are several people in the area at the time of incident and we are keen to speak to anyone who witnessed any aspect of it to help us build up a full picture of what occurred.”

Anyone who witnessed the attack or who has any information contact Leeds District CID on 101, quoting crime reference 13210421525 or online.