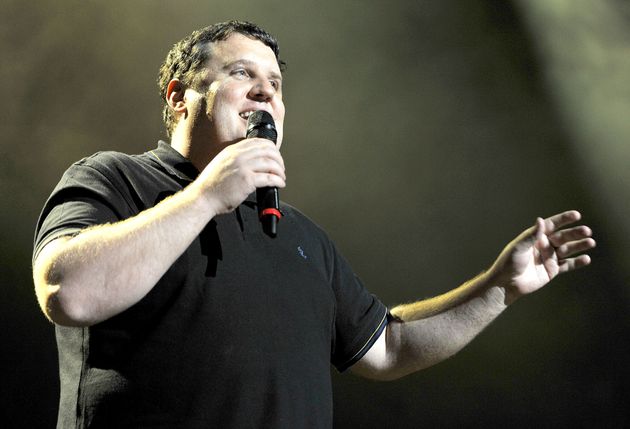 Peter Kay on stage at the Apollo in 2012

“I’ve never in my life had a standing ovation when I came on,” he told the audience, joking: “I’m going to go away for four more years.”

He later admitted to having been “a bit nervous… when I got here”, explaining: “I was looking at all this and thinking ‘oh my God’ but it’s really nice to be doing this. It’s like getting in a hot bath.”

Footage posted on Twitter also saw the Car Share creator leaving the stage to rapturous applause from those in attendance.

@peterkay_co_uk Peter Kay was outstanding last night. Was more of a tour warm up show (fingers crossed) with some questions filled in here and there. Total different endings to both shows. Thank you Peter for a fantastic night. 👏 pic.twitter.com/tHUexHwilh

@peterkay_co_uk waited years to see Peter Kay, then he read out my name and question!! Absolutely well worth the wait. Hope you follow these special performances with a tour. Welcome back King of Stand up! Jon Fieldstead from Aigburth!

Peter was introduced at both shows – dubbed Doing It For Laura – by Laura Nuttall’s sister Gracie, who told the sold-out crowds at the 3,500-capacity venue she was “eternally grateful” for them helping to “potentially save my sister’s life”.

Over the course of the day, Peter selected pre-submitted audience questions from a tub of Cadbury’s Roses, discussing his work with Paddy McGuinness, holidaying at Eric Clapton’s home and the fact he’s “too embarrassed” to buy garlic bread at the supermarket, in case staff think he’s referencing his Phoenix Nights catchphrase.

He also phoned one fan’s mum, who had been unable to attend the show, telling her: “I’ve not done a show for four years but I’ve had a good laugh.”