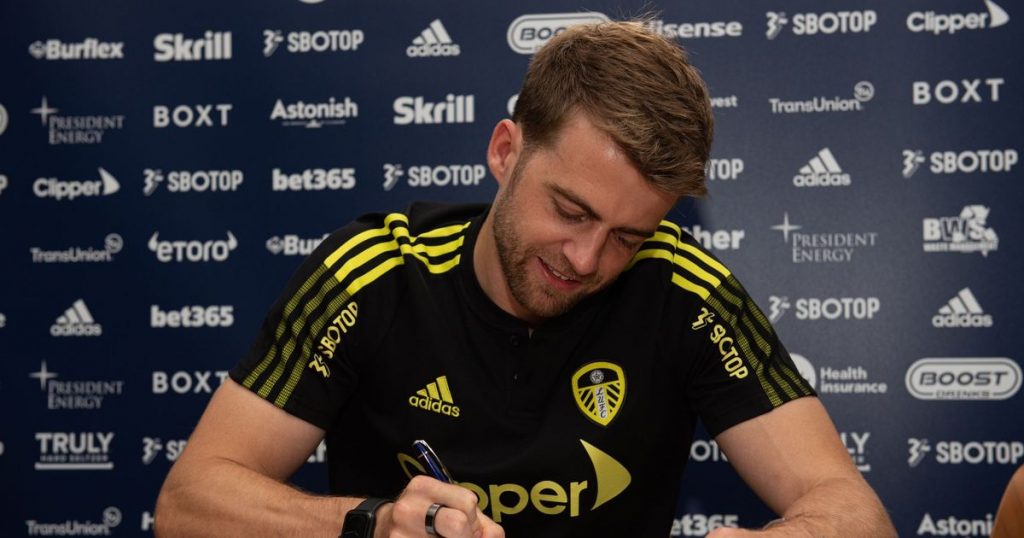 Leeds United fans have expressed their delight at the news that Patrick Bamford has signed a new five-year contract at the club.

The 27-year-old was impressive through the 2020/21 season, scoring 17 goals and grabbing eight assists in 38 Premier League appearances.

He was arguably unfortunate to miss out of Gareth Southgate’s Euro 2020 squad after finishing with the second-highest amount of top-flight goals for an Englishman.

This excellent return has earned him a fresh deal, which sees Bamford commit to the Whites until 2026.

It comes after Tottenham Hotspur were being linked with the Nottingham-born forward, as speculation surrounding Harry Kane’s future continues to intensify.

However, the announcement has pleased Leeds supporters on social media, with one person calling for more contract extensions to fellow soon after.

Here is what just some had to say.

@WayneFegan : Knows where the net is doesn’t he! Deserves that contract for his efforts getting you up. If he finds another level gonna be a serious footballer! “Already quality”

@kianlufc : Things we love to see.

@whiteanswers : New five-year deal for Patrick Bamford. Fantastic. It’s been a joy to see him continually silence his critics and develop under Bielsa. Scored 43 goals in 111 appearances, with 17 goals in 38 games in the Premier League. And a thoroughly pleasant, intelligent lad too.

@famous_d4 : YESSSSS!!! I was worried he might go to Spurs. What a delightful news.

@LUFCMOT.com : Good news that Bamford has committed his future to the club. He wasn’t tied to an especially long contract so it was an area the club had to address. He has an integral place in Bielsa’s line-up and I would not want to lose such a significant player anytime soon

Bamford has been virtually an ever-present in the Leeds side since his move from Middlesbrough in 2018 and will be looking to follow up last season’s superb tally to force his way into the England squad before the Qatar World Cup.

The former Chelsea forward gave his reaction to LUTV after signing his contract and has outlined his ambitions for the rest of the season.

“There’s not been many times in my career that I’ve been settled as I am now, so it was important for me to get this tied down and I can concentrate on the season ahead.

“Ultimately, Leeds have got to be aiming to get back into Europe. I remember back in the days when they were in those competitions and they were a team everyone was frightened of.

“I think that’s got to be the ultimate aim for us.”