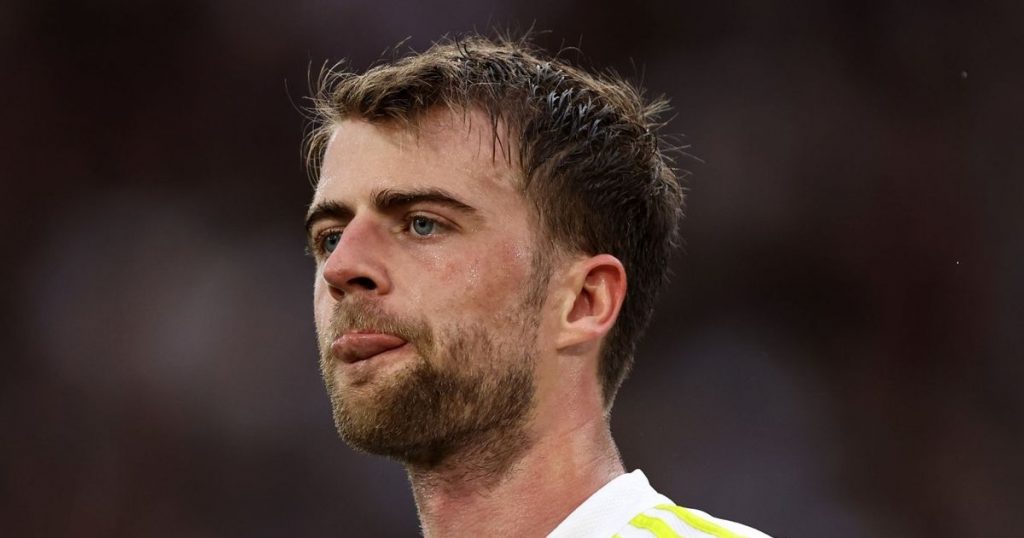 The timing of Patrick Bamford’s maiden England call-up could hardly be better.

This weekend, Bamford will lead the line for Leeds United as he has done in each of the previous 40 matches the Whites have contested in the top flight since promotion, at Turf Moor – somewhere he used to call his home ground,

With 17 goals to his name, increased standing among neutrals and finally, a deserved international call-up, the striker’s form over the past two-to-three seasons has been duly rewarded.

It is Bamford’s perseverance though, that should be highlighted ahead of this weekend’s game with Burnley.

A former Burnley player, Bamford joined on loan from Chelsea in 2016/17, signing alongside his proud parents as is customary.

He was just 22 years old at this point, with not a great deal of professional experience at the top level.

After just six substitute appearances totalling 34 minutes, Bamford’s loan deal was cut short as he joined Middlesbrough in the Championship instead.

The move was a failure, likely to be his last attempt at making good of a Premier League career.

Often, it is far too easy to place the blame upon the player for a failed loan move, when in fact seldom is it exclusively the player’s fault.

That is true in Bamford’s case, who encountered a particularly bristly Sean Dyche at Turf Moor.

In an interview with the Daily Mail, Bamford has recalled how Dyche singled out the young striker, leaving him out of the team for what Bamford perceived were off-field issues the manager had with his character and upbringing.

“It wasn’t an issue at Burnley until I started asking why I wasn’t playing and then the manager started citing other reasons: ‘born with a silver spoon in your mouth’, ‘listening to too many people influencing you outside of football,'” Bamford said.

“When I asked for an example, the answer was ‘who did you arrive with when you signed on your first day?’ I said ‘my mum and dad’ and he said ‘exactly’.

“Then I started getting defensive. I didn’t think that was right.”

Even for the most talented player, 34 minutes spread over several appearances is hardly a platform any individual is going to be able to thrive within and show their talents.

In stark contrast, Bamford has been afforded a great deal of patience working under Marcelo Bielsa, even through periods in the Championship where he struggled to find the net.

The Argentine is one of the striker’s biggest and most vocal supporters.

Speaking ahead of this weekend’s fixture, Bielsa said: “Sincerely, I see everything from the inside but I feel it’s what he’s done to make him evolve and resulted in him being called up.

“I am happy. I think he’s made a lot of effort to be called up and finally managed to achieve it. From my point of view he deserves it. It’s the start of his evolution as a player as an international.”

Bamford slotted his penalty away last December when Burnley visited Elland Road, which ultimately turned out to be the only goal of the game.

He was then replaced after an hour in the return fixture at Turf Moor, by Rodrigo who went on to score twice.

This time around, with supporters in attendance, Bamford can banish the troubling memories he has of Burnley before he even steps onto the pitch.

On Sunday, Bamford will return to Turf Moor, safe in the knowledge he has been able to demonstrate his internationally-recognised ability in a physically-demanding, mentally-tasking system which last season trumped Dyche’s Burnley twice.

Opening his account for the 2021/22 campaign would be almost too sweet, wouldn’t it?