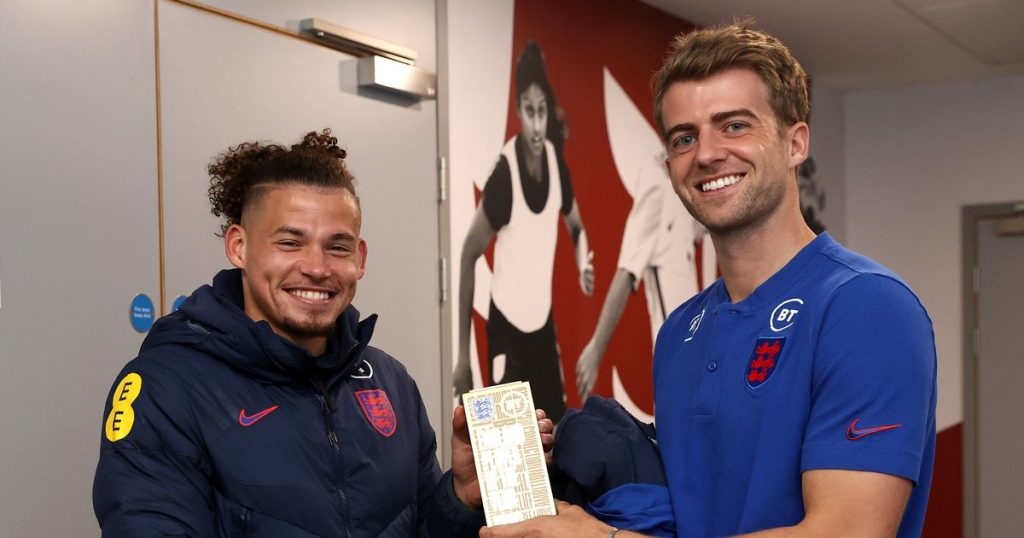 The 28-year-old – who celebrates his birthday today – earned his first senior call-up to the England squad this month, having narrowly missed out on selection for the European Championships.

Seventeen goals made Bamford the highest scoring Englishman – aside from Three Lions captain Harry Kane – in the Premier League last year; his haul a key reason for the international recognition.

Bamford though, is so much more than a goalscorer, something Leeds fans hardly need reminding of.

As per FBRef.com, only Che Adams and Danny Ings have recorded more pressures in the final third than Bamford this season, epitomising his ceaseless endeavour.

With a goal and assist already to his name, even in more conventional metrics Bamford has started the 2021/22 campaign strongly.

Expected to make his debut at Wembley against Andorra this evening, Leeds’ No. 9 recalled the moment he learned of his England call-up.

“I’d been doing some media things at Elland Road and then went into training when I got a FaceTime call off the technical director [Victor Orta],” Bamford said.

“I was like: ‘what’s that?’ as I was trying to get ready for training and get changed.

“So I didn’t answer it and then I got another call straight away so I thought I’d better answer and he was showing me the email to the club secretary with my name above Kalvin’s and that was how I found out – it was a great moment.”

Bamford went on to state he was with Kalvin Phillips as he learned of his call-up, who wasted no time in ‘hyping it up’, according to the soon-to-be England striker.

Despite a stagnant beginning to the season on the pitch, there remains a palpable familial connection at Leeds.

There has been a long-running theme of togetherness and a brotherhood since Marcelo Bielsa’s arrival, especially amongst the players who helped the club back to the Premier League.

Phillips revelling in Bamford’s call-up, almost vicariously reliving his own maiden selection and Leeds’ technical director Victor Orta repeatedly contacting the striker to inform him of the good news smacks of that same brotherhood.

Those on the inside at Thorp Arch and Elland Road know just how ardently and quietly Bamford has worked to redefine how he is perceived in the English game.

Evidence of that transformation does not come much clearer than a senior international bow.

There is little doubt they will be equally pleased when the striker makes his long-awaited England debut, as Bamford embodied when Phillips was himself presented with the England Player of the Year award earlier this week.