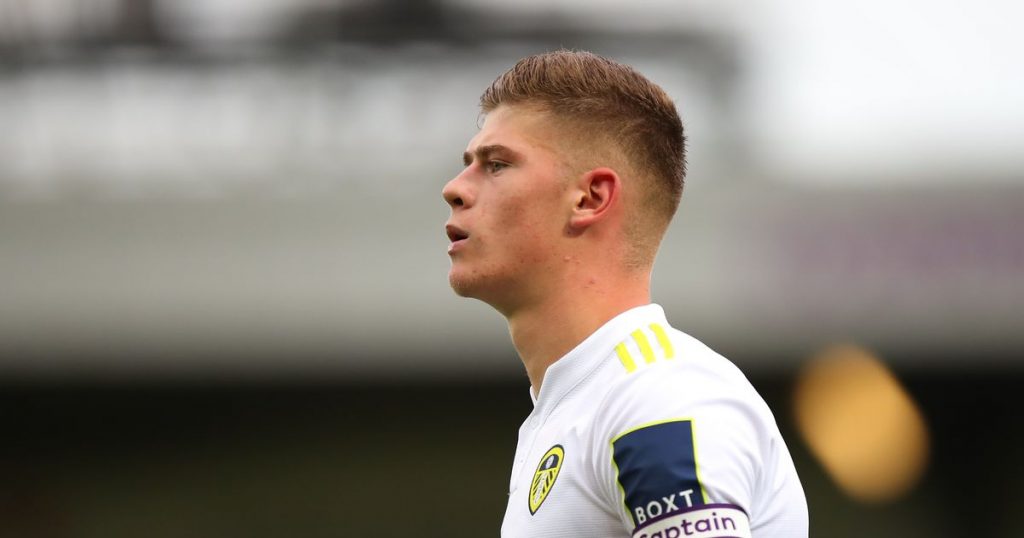 Pascal Struijk learned of the disappointing news that his three-match suspension for a tackle on Harvey Elliott would be upheld on Tuesday night.

That same evening, Leeds United’s U-21 side took to the field at Prenton Park where a crop of teenagers aged between 15 and 18 gave a good account of themselves versus a wily and experienced Tranmere Rovers outfit.

A handful of U23s who were expected to show their senior football credentials were left out of the squad, including striker Joe Gelhardt as well as defenders Cody Drameh and Charlie Cresswell.

As news broke the following morning of Struijk’s suspension, social media was awash with solutions and speculation regarding what Marcelo Bielsa would do to remedy his depleted defensive options.

Currently, Diego Llorente and Robin Koch are out through injury, which only compounds the blow of Struijk’s suspension.

Given Llorente’s recovery from muscular complaints in the past, and Koch’s prolonged spell out of the side, Bielsa may well be preparing for life without that trio until next month when Struijk’s ban ends.

The assumption is that Liam Cooper – the club’s only fit, recognised central defender – will be partnered by Luke Ayling once more, as was often the case last season.

Ayling’s move to centre-back will open up space for Jamie Shackleton or Stuart Dallas at right-back, but with three games in the space of eight days, Bielsa will be cautious not to overload his remaining defensive options.

For that reason, he may present teenage defender Charlie Cresswell with the first-team opportunity he has been deserving of.

Cresswell is the under-23 side’s captain; a vocal one, too.

At the club’s Thorp Arch training ground where Leeds’ U-23s often play home fixtures, Cresswell can be heard bellowing at his teammates.

Aerially, Cresswell is a fierce competitor and despite his striking stature, tangible leadership skills and forceful approach to old-school defensive work, he is a very adept modern-day operator.

Rarely will he go to ground to retrieve possession, and on occasion the 18-year-old has been known to spin his way out of trouble with a neat turn before progressing upfield with the ball at his feet.

“I think it’s a dying breed in the modern game. I tried to be quite vocal myself when I was a player, nowhere near the ability of Charlie or the players in this group but I tried to talk,” he told Leeds Live.

“Charlie’s got that, he understands how to lead and we’ve been working with him a long time, in the academy even, when he first broke through in the 18s as a 16-year-old, [working] on his leadership skills.”

With a Third Round League Cup tie against Fulham next Tuesday, Cresswell may be involved in more than his usual spectating capacity.

He made his debut in the competition last September, as the Whites were held to a 1-1 draw with Hull City, before being eliminated on penalties.

In that game, Cresswell appeared a little overawed, not quite at the requisite standard for senior football, but the past 12 months have been hugely beneficial for his development.

The young defender captained the U-23s to their PL2 Division 2 title win, before recently earning a call-up to the England U-21 squad, competing alongside players such as Crystal Palace’s Conor Gallagher and Arsenal’s Emile Smith Rowe.

Physically, Cresswell now appears more robust than he did going up against Mallik Wilks 12 months ago.

Bielsa is expected to make changes at Craven Cottage next Tuesday. Injury to Luke Ayling or Liam Cooper would leave Leeds precariously light in central defence – a scenario which gave rise to Pascal Struijk’s own emergence last season.

For that reason, Cresswell may be given the nod on the banks of the River Thames, somewhat fortuitously gifted the opportunity to forge his own breakout amid trying circumstances.