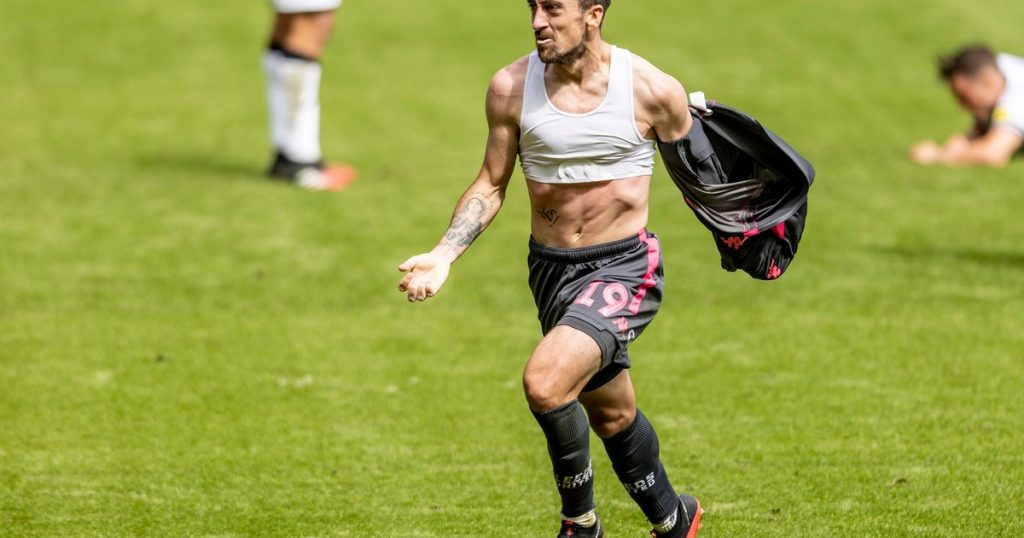 Pablo Hernandez has opened up about his departure from Leeds United after he left the club at the end of last season.

The 36-year-old spent five years at Elland Road and grew an infinite bond with the supporters and continues to enjoy despite ending his Leeds stay in May.

After scoring 36 goals in 175 appearances whilst playing a vital part in their return to the Premier League, Hernandez departed the Whites after his contract expired.

He left Leeds to join Castellon, who currently ply their trade in Spain’s third tier and the midfielder is also a shareholder of the Valenica-based side.

Hernandez has featured in both of his side’s league games since the start of the season, scoring once already and looks to have settled into his new home.

But his relationship with the Leeds fans won’t be forgotten anytime soon and has claimed that he still recieves support from some to wish him well.

Speaking in an interview with Castellon Plaza, Hernandez said: “It was five years in which I connected very well with the fans.

“Now that I have come home I continue to receive that affection and I receive hundreds of messages after each Leeds game of fans who follow Castellon.

“For me it is a pride and I am very grateful because I have felt very loved there.”

Hernandez initially signed for the Whites on a six-month loan deal to link up with former boss Garry Monk and he enjoyed a successful period which prompted the club bring him on a permanent basis.

Following Marcelo Bielsa’s appointment that summer, Hernandez continued to shine and started the campaign with three goals in their first five matches.

After helping the Whites to a third-place finish, he was voted in the PFA Championship Team of the Year and once again claimed two accolades at the club’s awards night.

The former Swansea City man would go on to play a huge part in their return to the top-flight but found his minutes sparse last term, prompting his depature in May.

His legacy at Leeds will no doubt live on for years to come, as he was part of the squad that delivered Premier League football to Elland Road for the first time in 16 years.