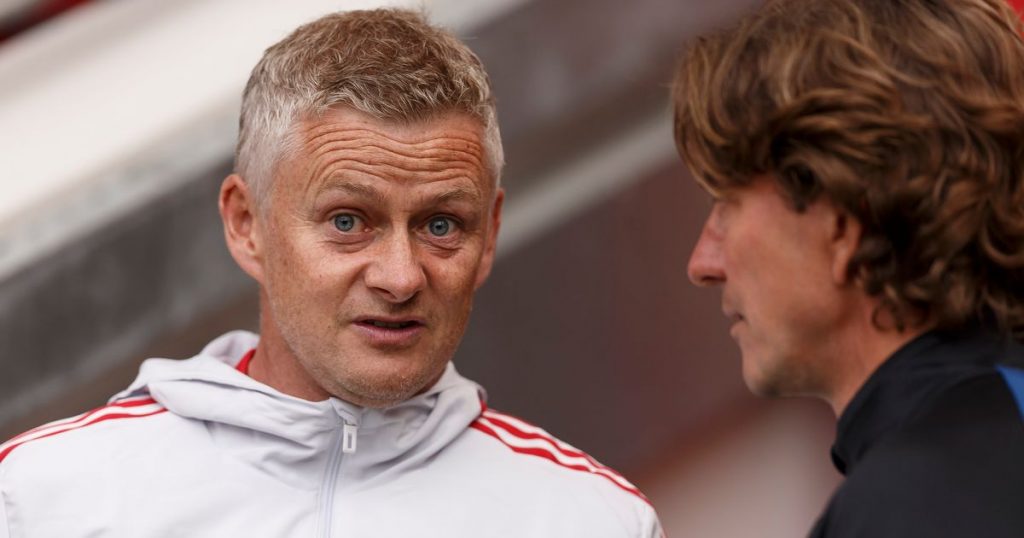 Ole Gunnar Solskjare fears it may not be safe to throw Manchester United’s players into their season opener with Leeds United if they’re not fit enough for the challenge.

Solskjaer was one of a number of Premier League bosses to praise Marcelo Bielsa’s side for their fitness last season.

Asked earlier this week whether he had ruled out those players returning late for pre-season from the Leeds game, Solskjaer was clear egos and reputation would not guarantee starts.

It has been three weeks since England’s Euro 2020 final and Brazil’s Copa America defeat, with less than two weeks to go until the season opener at Old Trafford.

Solskjaer expects the likes of Fred, Harry Maguire, Luke Shaw and Jadon Sancho to return to Carrington on August 2, when he will know more about their condition.

The Red Devils boss made it clear much rested on the players personally and whether they had kept themselves in shape with less than a fortnight before the big kick-off.

“With the boys who’ve not come back yet, I don’t know,” he said. “I haven’t got a Scooby Doo on how they are fitness-wise.

“Everyone’s due in Monday for training. Then we’ve got two weeks. That means they’ve had three weeks since the last game.

“Fred [who has been at the] Copa America and the English finalists, so we’ll see how they are, what fitness levels they’re at because it’s down to them what they’ve done during the holidays.

“I can’t just throw them in if it’s not safe or if they’re not fit enough.”

Liam Cooper and Kalvin Phillips are the only members of Bielsa’s main squad yet to feature in pre-season, but there are two friendlies in place before the Old Trafford trip.