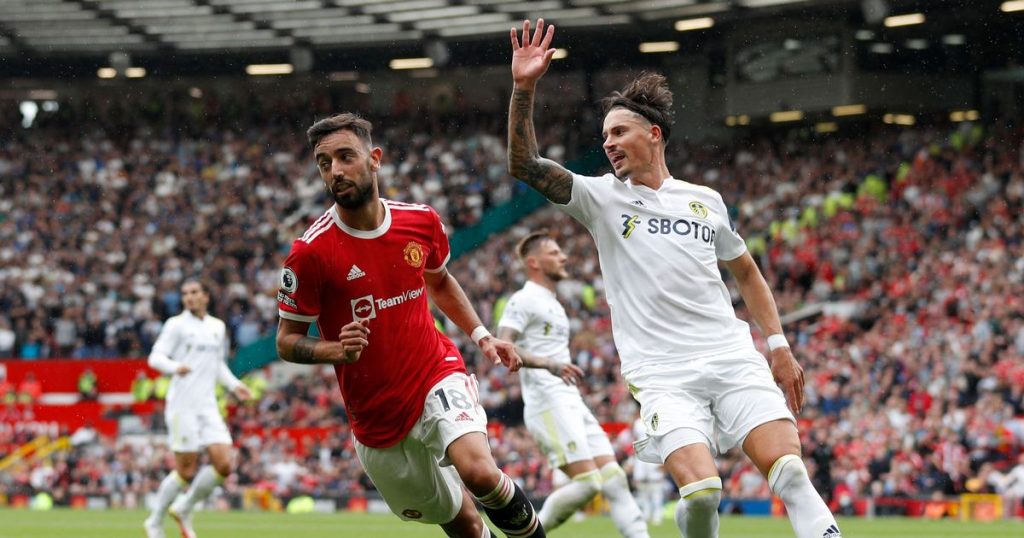 Leeds United fans have voiced their concern after an opening day 5-1 drubbing from Manchester United and have called on the board to sign a central midfielder.

The Whites went in behind after Bruno Fernandes’ first-half strike but Leeds levelled the scoreline five minutes after the break thanks to a stunning strike from Luke Ayling.

However, Paul Pogba continued to pull the strings, setting up Mason Greenwood and Fernandes again to make it 3-1, before the Portuguese midfielder added a fourth for his hat-trick.

Pogba registered his fourth assist of the match to find Fred, who made it five, with Leeds seriously missing the presence of Kalvin Phillips in midfield.

Without their anchorman, Robin Koch struggled to match the runs of Fernandes, whilst Marcelo Bielsa was forced to re-jig his midfield at half-time but to little effect.

Understandably, it’s left Leeds fans concerned and here’s a snippet of what they had to say online.

Leeds have wrangled with the dilemma of finding an able deputy for Phillips, whilst knowing that, when fit, their star midfielder will always get the nod.

Adam Forshaw’s return to the matchday squad on Saturday is an obvious boost in that department, though it remains to be seen whether he will be able to retain the fitness levels needed to play in the Premier League.

Next up for the Whites is a return to Elland Road to face Rafa Benitez’s Everton side.