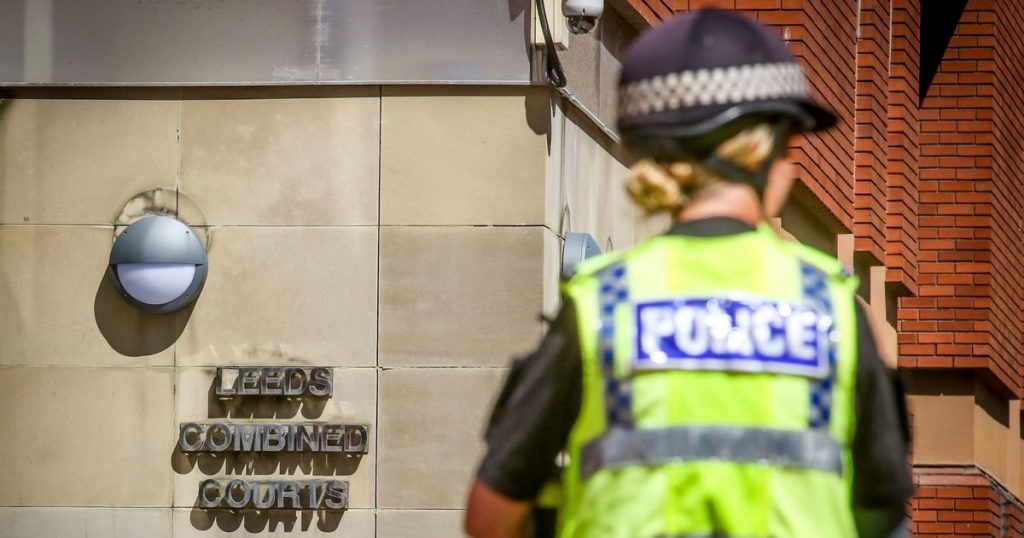 A welder with an interest in the occult snapped his 85-year-old mother’s arm and left her shivering in agony for four hours in a flowerbed until her neighbours discovered her.

David Broadbent, 63, had been made redundant from his job as a welder and had moved from his rat-infested flat and began living with his mum at her home in Beeston.

Leeds Crown Court heard Broadbent had struggled with his mental health and it had deteriorated to a point where he began behaving strangely and asked his mother to help him go to the bathroom on April 13 last year.

His mood continued to frighten his mum as he shut the bathroom door behind her and would not let her leave for 10 minutes, prosecutor Claire Walsh said.

Ms Walsh added that upon her release from the bathroom, Broadbent’s mother picked up the phone and tried to call 1471 to find out who she had missed a call from.

Keep up to date with the latest news from West Yorkshire courts by signing up for updates here .

However, Broadbent snatched the phone from her and told her he was her “protector”.

Ms Walsh said Broadbent’s mother then described a dramatic change in his behaviour and he dragged her along the floor of the living room by her arm and screamed “tell me your name”.

Ms Walsh said she pleaded with him to let go, telling him he had broken her arm.

Instead, he opened the front door and rolled her over two concrete slabs, shoving her legs through the threshold and slammed the door behind her and locked it at around 2am.

Broadbent’s petrified mum was paralysed by the pain she was in, having suffered a broken arm and a dislocated shoulder.

Despite this, she was able to move herself to a nearby flower bed where she was discovered shivering by her neighbours at around 6am – four hours after she was dumped outside.

Ms Walsh told the court when he was interviewed, Broadbent admitted the offence and went on to ask if his mother was all right. She added that he also expressed some worrying views as well as shame about what he had done.

Sign up to our free newsletter to receive the latest news from the courts in West Yorkshire.

If you change your mind you can unsubscribe using the link at the bottom of every newsletter we send out.

Edison Flint, defending, also told the court that Broadbent suffered from severe mental health issues and had been in the midst of an episode when he broke his mother’s arm and dragged her through the house.

He stated Broadbent believed his mother was trying to harm him and that she was part of a wider conspiracy.

Broadbent, of Armley, admitted one count of inflicting grievous bodily harm and was sentenced to a two-year community order with 10 rehabilitation activity requirement days.

A five-year restraining order was also put in place banning him from contacting his mother unless it is in the company of relatives.

The Recorder Kama Melly QC told him: “It is right to say this is a deeply distressing incident in which you assaulted your mother, grabbed her by the arm and pulled her around the property and dragged her outside.

“She was seriously injured throughout the incident. She was taken to hospital. She had a fracture to the left arm and a dislocated shoulder.

“It was an ongoing and protracted incident in which she was wholly petrified and she was left outside unable to move at 2am.”

Recorder Melly added: “It is right to say that this is an exceptional set of circumstances in that it is clear that your behaviour was borne out of an acute psychotic episode.”

Handing him his sentence, Recorder Melly said: “You now know how you can behave and you know what you are capable of if you are not getting the treatment.

“If you were to do something like this again, even if it was to do with your mental health problems, the court would very likely think you were responsible if you hadn’t kept with your appointments and medication because you know how important it is that you do that.”