Nick Grimshaw has said an emotional goodbye to Radio 1, as he presented his last ever show with the broadcaster.

After 14 years with the station – during which time he hosted the iconic breakfast show, as well as his most recent drivetime stint – Grimmy hung up his headphones for good on Thursday afternoon.

The 36-year-old revealed at the beginning of the show that he’d already cried several times throughout the day. 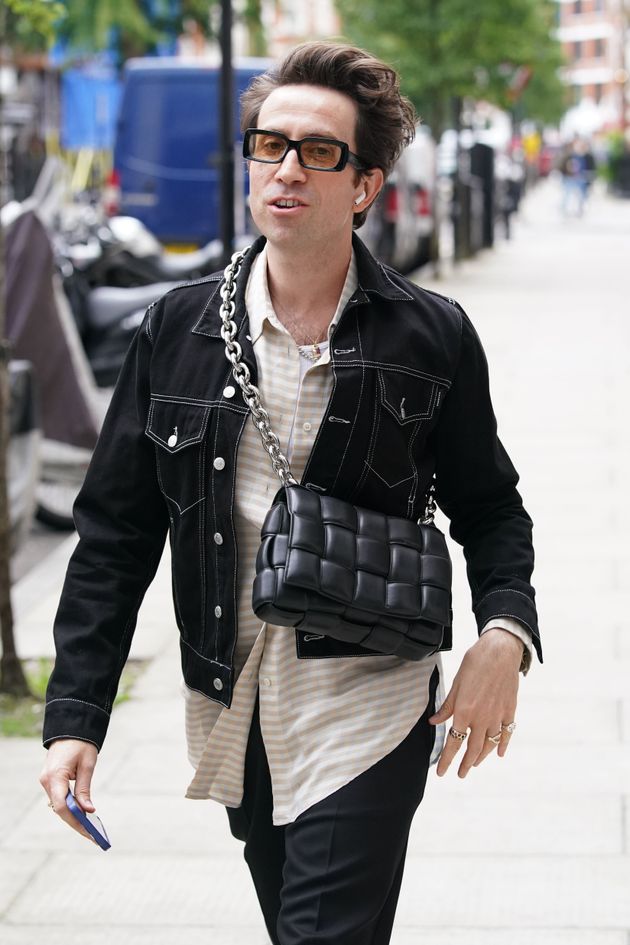 Nick Grimshaw pictured on his last day at Radio 1

“We are here for my final show on Radio 1, and I feel the weirdest ever,” he told fellow presenter Adele Roberts. “It’s weird, we just did a Zoom in the office with everyone from Radio 1, like DJs producers, management, everyone who works here.

“And first of all, I was late by about 15 minutes, which I’m so sorry for. But it was emo, wasn’t it? Didn’t know it was going to be emo. But anyway, should we do this…?”

As he reached the end of the show, Grimmy thanked the many producers he’s worked with over the years, before turning his attention to his listeners.

“I just want to thank all the listeners,” he said. “This is why we’re all here. This is why we want to do it, it’s for you guys. And you make it so much better. You make our shows better, you contribute every day and you provide us with endless hilarity and stories of your life.

“And also, I really appreciate this, [you give us your] endless ruthless opinion, as well, which we love. And you’re all mad for it, as well. You’re so up for it and I will always appreciate that, you know?”

He continued: “It really was my childhood dream to work here. And you made that dream come true.

“And I just want to say something… and I really hope it doesn’t come across as patronising, because I don’t mean it to, but it was my childhood dream, and I nearly talked myself out of it. If you have a dream, don’t talk yourself out of it. Don’t be scared of it, don’t think you don’t deserve it. Because if I can do it, you can do it. You can do anything you want.”

He then ended things by playing The Talking Heads’ This Must Be The Place, telling his listeners: “Thank you for listening, and thank you for being part of making my dream come true. I’m honestly, truly thankful. Enjoy this, I’ll see you around.”

This Must Be The Place.

everyone say thank you grimmy x

Earlier this week, HuffPost UK caught up with Grimmy about his future plans, during which he said he’d be taking a break from radio for a while.

“I really love it but I didn’t want to leave and start another radio job straight away,” he explained. “I wanted some separation from it and some time to take stock of it.

“I’ve done a daily show for 12 years, and every day I wake up thinking, ‘What the fuck are we going to talk about today for four hours?’ So I just don’t want to do that for a little bit. I don’t want to stop doing the radio, I’d love to do it again in six months or a year.”

He added: “I want to try and commit to some things I’ve not had the time to commit to before and start building my interiors business and do some TV I’ve not been able to do.”