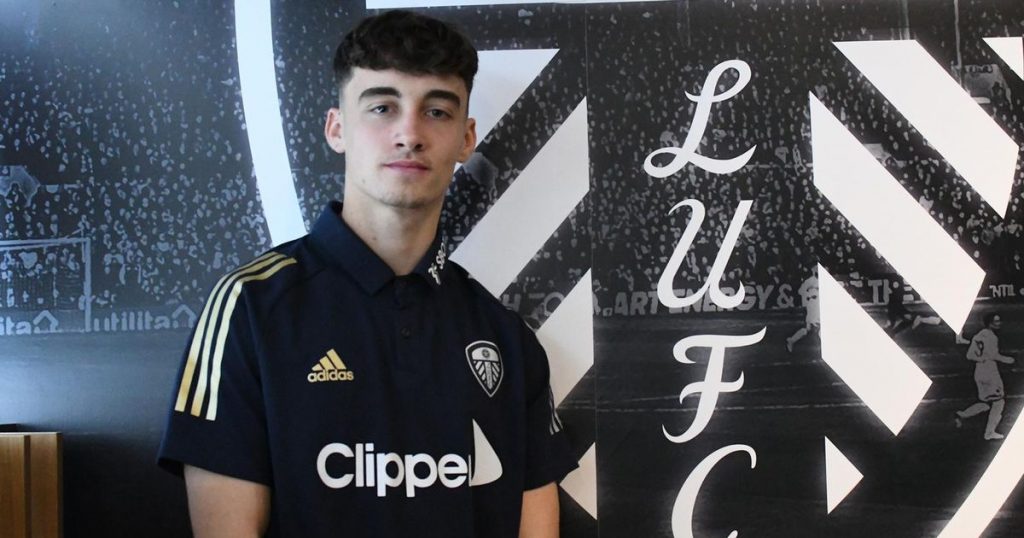 Niall Huggins has departed Leeds United for League One Sunderland in a permanent deal and ends a 12-year association with the Whites.

The 20-year-old leaves Elland Road with one senior appearance to his name, a substitute appearance during the 4-2 loss at Arsenal in February.

Huggins had two years remaining on a contract he signed last winter, but United have not clarified if a fee will be paid by the Black Cats.

A club statement said: “Niall Huggins has today completed a permanent move to League One side Sunderland.

“Huggins joined the Leeds United Academy in 2009 and went on to sign his first professional contract in May 2019, before making his debut for the first team in the away defeat at Arsenal in February this year.

“We would like to take this opportunity to wish Niall every success for the future, he has been a credit to the club and we are sure he will achieve great things in his career.”

Robbie Gotts, Bobby Kamwa, Jordan Stevens and Bryce Hosannah are the remaining players on the Leeds books expected to move on this month.

Marcelo Bielsa spoke about Huggins on Thursday in his latest press conference.

“The young players [Ryan] Edmondson, Niall, Gotts and Stevens, these players who were part of the under-23s team in previous seasons, they have a process of development and growth.,” he said.

“When they get up to a peak during this growth and development like it has been the case for each of these players that have been named, they have to compete for a place in a group that is very small, the group that is chosen for the season.

“In this case that you’re referring to, [Luke] Ayling, [Stuart] Dallas and [Jamie] Shackleton are all players who play in the position he (Huggins) plays in.

“If I see clearly at this moment in time he doesn’t have the chance to overcome these players at the club and I keep him at the club, knowing this instead of favouring his development, I’m hindering him.

“For all these youngsters it would be ideal to compete in a group in the Premier League, but if they’re not here there comes a moment where they need to look for a competition higher than the under-23s, otherwise their progress will be stalled.

“The expectation for all of us is they compete outside of the club for a year and we find an evolution that invites us to bring them back into the fold.

“Without exception, every player that has gone out on loan, I have seen them every week, first because it’s my function and secondly because you grow a bond with these players.

“I don’t know if I’ve spoken also about Alfie [McCalmont] and [Leif] Davis and if there’s something we desire, it’s that it goes well for them and we’re able to bring them back.

“They’ve made big efforts to try and be part of the group and we’ve accompanied them in this effort. If it doesn’t go well for them, the work that we’ve done is worse.”