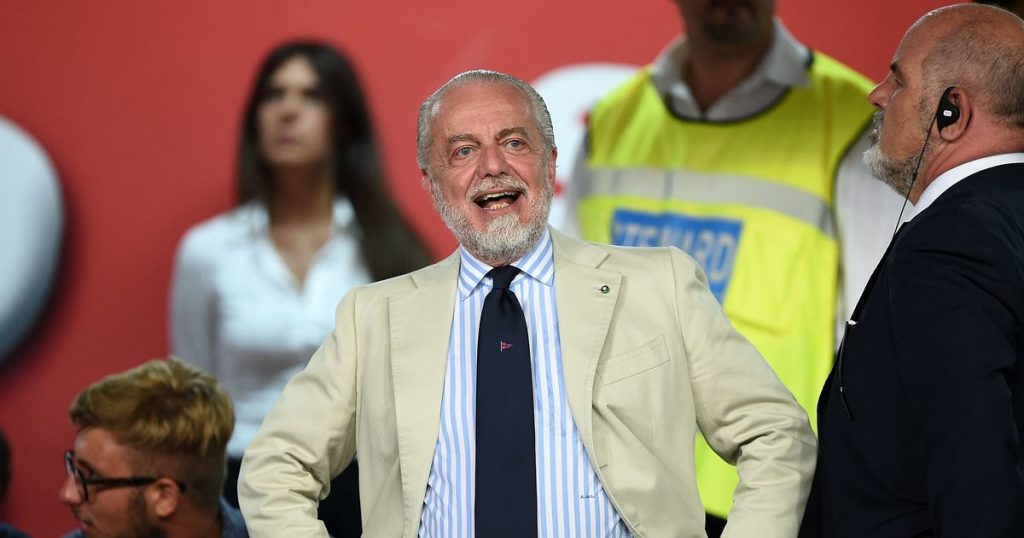 Napoli president Aurelio De Laurentiis has revealed he is working on an £8.5billion European League proposal that would allow teams like Leeds United to qualify.

While, on the face of it, this sounds strikingly similar to the Super League idea that crashed and burned last year, there are significant differences.

The main rejection of Florentino Perez’s Americanised proposal was the ‘closed shop’ format which offered no reward to domestic success.

Whereas the idea being put forward by De Laurentiis would allow for teams to qualify as a result of their progress in the league system, similar to the current Champions League and Europa League.

The main driving force behind the concept, as put by the Napoli president himself, is that those two European competitions do not produce enough revenue for participating teams.

“The system doesn’t work any more,” he told Sportsmail. “The Champions and Europa League don’t generate sufficient income for the clubs to justify participating in it.

“To be competitive, you need more top-class players.

“That means you have to spend more money — and the prize money from the European competitions doesn’t account for that.

“That is why the clubs need to speak to each other to come up with a more modern and lucrative tournament for everyone in it.

“We need to reduce the number of games by reducing the size of the top divisions across Europe. Also, we create a European league with a democratic system of entry, based on what teams achieve in their domestic competitions.

“I have examined a project ready to bring €10bn to the European game, but we need willingness and total independence.”

The increased spending of clubs to ensure their teams are competitive has landed some of world football’s biggest sides in hot water.

Most recently, Barcelona have shown the risks of chasing European success without having the appropriate funds to do so.

They were, of course, one of the teams involved within the Super League proposal and would jump at the chance to join a more lucrative European league system.

The increased wealth on offer to all the clubs in the Premier League is something that has created a jealousy around Europe.

For a measure of how significant the difference is, 20 th -placed Sheffield United were awarded roughly £97m in prize money last season.

For winning the Serie A title, Inter received just €23m (£19m), almost four times less than the team that finished rock bottom of the Premier League.

This was the exact reason why Perez and the other club officials involved were interested in creating a Super League and it will be the main factor behind this new proposal.

De Laurentiis claimed that ‘Italians must learn from’ the continued success of the English game but feared the changing demographic of supporters is a worry for the sport in the long-term.

“If we don’t change the rules of the game and make it a better spectacle, young people will abandon us and football will no longer be the central part of our lives,” he claimed.

“My research tells me that people between the ages of eight and 25 have stopped watching football and prefer playing with smartphones — they have totally transformed our children.

“Who knows if we will manage to get them back down the route of the greatest and most influential sport in the world?”

Whether or not the proposal will even get off the ground remains to be seen but it is already better than the one put forward by Perez.

If a reward for domestic success is placed at the heart of the idea then it could gain far more traction than this year’s aborted effort earlier this year across Europe.