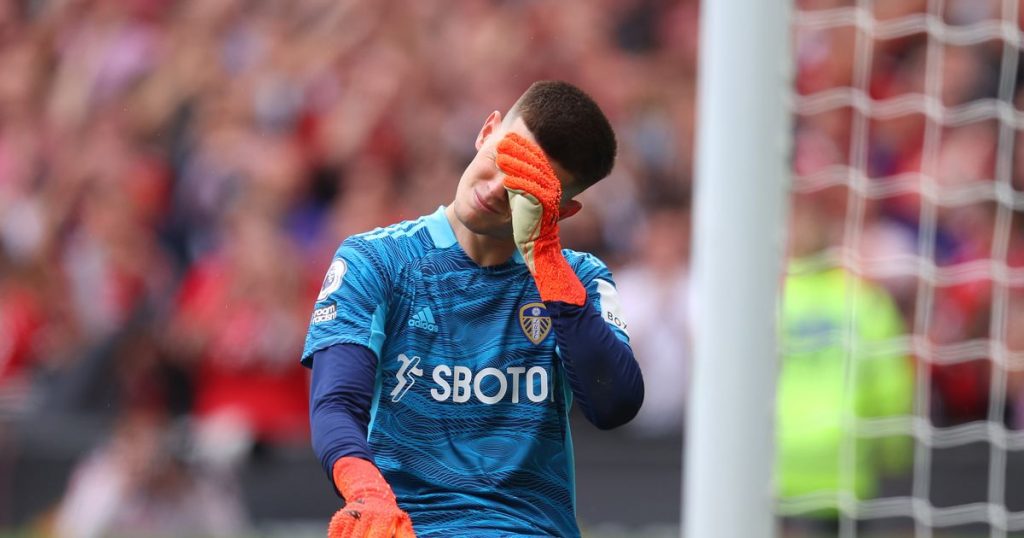 Leeds United got their new season off to the worst possible start as they were defeated 5-1 by Manchester United at Old Trafford.

Despite a stunning Luke Ayling equaliser four minutes into the first half, that cancelled out Bruno Fernandes’ opener, a devastating eight-minute spell took the game away from Marcelo Bielsa’s side.

Brazilian midfielder Fred then capped off the scoring for the Red Devils, who nullified much of Leeds’ attacking threat throughout the afternoon.

Here is what the national media made of the game:

“Raphael Varane, introduced before the game to a rapturous acclamation, must have looked on and been convinced he had committed himself to a proper football club. ‘This is the real Manchester United,’ continued Solskjaer. ‘That’s how I sold the club to Edinson Cavani. You can’t leave after playing just one year with no fans.’

“What promise lies ahead for Ole Gunnar Solskjaer’s team on days like this. Who to choose for man of the match? Hat-trick hero Fernandes? The irrepressible Greenwood? Yet how to ignore the imperious Paul Pogba creator of four goals, each assist seeming to top the last? (That said, we will ignore, for now, his failure to close down Luke Ayling when Leeds’ briefly looked equal to their task on 49 minutes. All this and Jadon Sancho, who got 15 minutes, Marcus Rashford and Varane to come.

“The caveats are that United still look a team set up to counter attack. Which is all well and good and makes for a good record against a team as dogmatically committed to attack as Leeds. But it’s a plan that is less easy to execute against Newcastle, Crystal Palace or Watford.”

BBC’s Simon Stone said: “The volume for an already noisy crowd was turned up another notch by Raphael Varane’s introduction just before the teams emerged.

“Manchester United’s new £34m defender will be tasked with bringing greater stability to a back four that, even here, looked shaky at times.

“Skipper Harry Maguire was almost embarrassed in a foot race with Patrick Bamford which he started with a clear advantage and poor marking should have been exploited by Rodrigo, who was off target with his header after being allowed to meet Raphinha’s curling free-kick unopposed.

“For a team whose league record at Old Trafford is poor – Leeds have not won here since 1981 – and who conceded six in the corresponding fixture last season, it did not bode well.

“Ayling did offer some hope when he was afforded far too much space to shoot – presumably on the basis he had never previously scored a Premier League goal – and promptly found the corner from 25 yards.

“But it was only the prelude to a Manchester United onslaught from which there was no chance of recovery.”

‘The visitors’ defensive frailties cost them’

Eurosport’s Nadeem Badshah said: “Marcelo Bielsa brought on new signing Junior Firpo at the break. And they equalised courtesy of a stunning strike from distance from Luke Ayling which flew into the corner.

But that goal roared the home side into action. Four minutes later, Pogba found Mason Greenwood who rifled the ball into the bottom corner to regain the lead.

And two minutes later, Fernandes fired in a low shot which Hawk-Eye ruled crossed the line after Ayling’s last-ditch clearance.

Leeds were rattled and the Portuguese playmaker completed his hat-trick soon after, running onto Victor Lindelof’s floated ball and smashing the ball into the roof of the net.

Similar to United’s 6-2 win at Old Trafford last season, the visitors’ defensive frailties cost them and United made it five when another Pogba pass led to Fred netting from inside the box.”