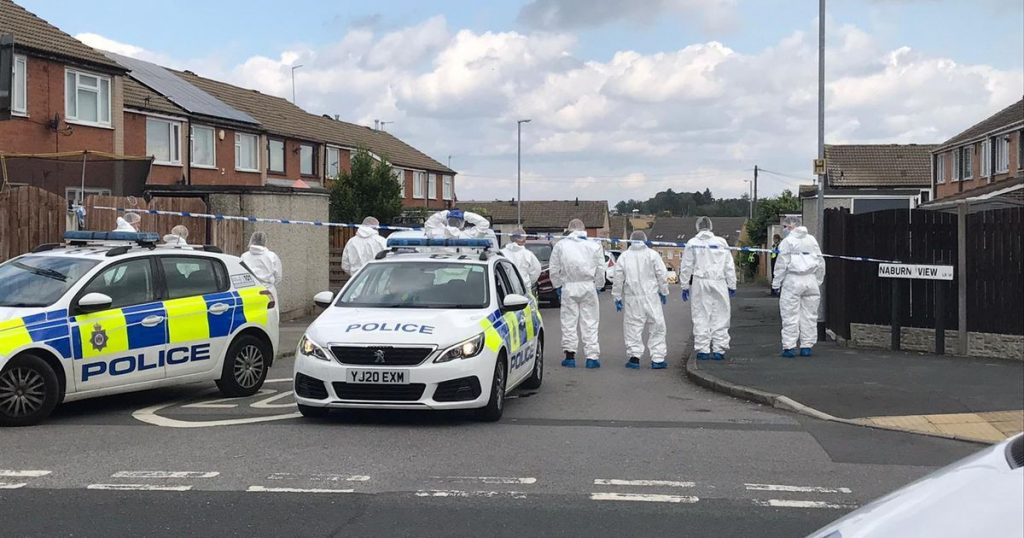 Neighbours of a man who is being hunted by police after his wife was murdered described the couple and their two children as a “lovely family”.

Eileen Barrott, 50, who is believed to have worked as a nurse at St James’ Hospital in Leeds, was pronounced dead at her home in Naburn Fold, Whinmoor, yesterday evening.

One neighbour, who did not want to be named, said the Barrotts have lived in the same house for more than 20 years and Eileen was “always working hard” as a nurse at St James’ Hospital in Leeds.

She said: “Mark used to borrow my ladders to chop his trees down. I never saw her because she was always working. She was a nurse all those years, it’s so sad. She was such a hard worker, always going out working hard.”

The neighbour said the Barrotts had two children who lived at home – a son aged around 18 and a daughter a few years younger.

“They are two lovely children as well,” she continued. “The lad always used to wave to me and chat but I haven’t seen them so much because they’re grown up so they’re always at college or work or wherever.

“They were a normal family, a lovely family.”

Police descended on the quiet Whinmoor estate, populated by mainly terraced houses, at around 6.31pm yesterday.

Crime Scene Investigators wearing white suits have been combing the house, street and neighbouring gardens for evidence for most of today.

“The police told everyone to go inside and we had to ask to go out for anything.

Hannah Moore, 27, lives two doors down from the cordon said: “I didn’t know anything about it until the police knocked on my door about six or seven last night.

“They seemed a bit worried and told me to lock my doors and windows and said maybe don’t go outside tonight.”

The mum to a three-year-old son added: “It’s a bit intense, it makes you think you don’t want to live here anymore but I guess it could happen anywhere. I’ve already been searching for new houses.

“The worst that has happened around here while I’ve lived here has been a few kids hanging round on bikes so this is a bit different.”

Officers are also appealing to trace Mr Barrott’s car – a silver Toyota Avensis, registration FJ51 ZHB – which is still believed to be in Leeds.

Investigating Officer Detective Chief Inspector Vanessa Rolfe said: “We urgently need to speak to Mark Barrott in connection with the investigation, and we are keen to hear from anyone who has seen him or who has any information that could assist in tracing him.

“He was last known to be at Edinburgh Waverley station at 4pm yesterday and we would like hear from anyone who saw him then or since, or who can assist in establishing his current whereabouts.

“We would advise members of the public not to approach him but to contact the police immediately via 999 if they do see him.”

Anyone with information is must call West Yorkshire Police Homicide and Major Enquiry Team via 101 quoting Operation Pumacastle, reference 13210413554, or online.