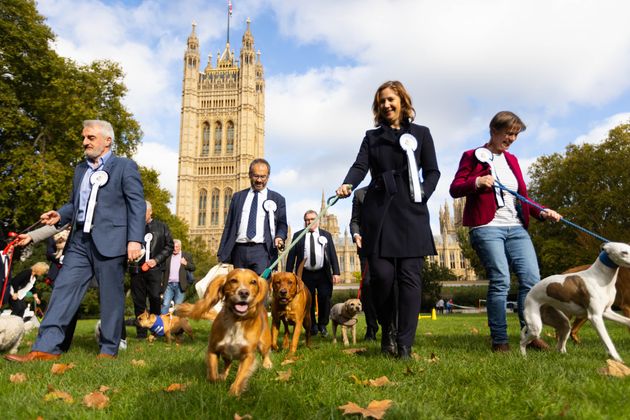 Today marks the Westminster Dog of the Year awards, but MPs have been served with a reminder that their pooches are not welcome at work.

MPs from the prime minister and Rishi Sunak, to Labour’s Jonathan Reynolds and David Lammy are dog lovers.

However, the Serjeant at Arms – responsible for keeping order within the Commons part of parliament – has had to remind MPs that only assistance and security dogs are allowed on site. 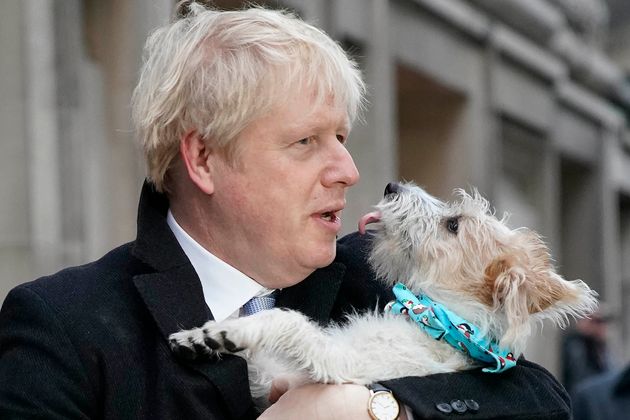 Boris Johnson with his dog Dilyn. According to a Commons rule dating from 1991, ‘no dogs are allowed in the Palace of Westminster’, except for guide dogs and sniffer dogs.

In an email to MPs yesterday, Ugbana Oyet’s office stressed: “Animals that do not fall within these criteria will be refused entry, unless there is express written permission otherwise.”

The email, seen by HuffPost UK, said there were designated areas where photographs were allowed and stressed they should be taken in “connection with parliamentary work”.

A source suggested the reminder signalled some MPs had been breaking rules on the estate.

The Serjeant at Arms also highlighted the prohibition on displaying campaign material, adding: “Photographs taken in designated areas should not include (for example) banners, logos or campaign-branded clothing.

“These restrictions do not apply in booked meeting rooms or private offices.”

A quick look at some social media profiles suggests what might have prompted the authority’s reminder.