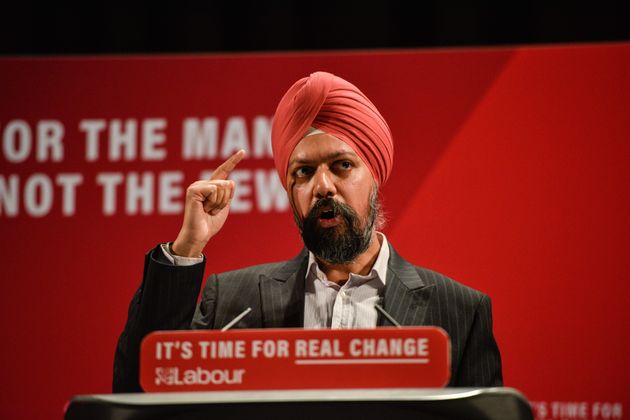 Tan Dhesi lost his grandmother, uncle and brother in law’s father to coronavirus.

A Labour MP who lost family members to covid has blasted Boris Johnson for dodging self-isolation despite one of his staff members testing positive for the virus.

Tanmanjeet Singh Dhesi, whose grandmother, uncle and brother in law’s father all passed away from the virus, said the prime minister’s actions “pours scorn” over those who have been following the rules.

“This constant cavalier attitude of Boris Johnson and many other ministers really does pour scorn over so many that have made such painful personal sacrifices,” the MP for Slough told HuffPost UK.

“This smacks of injustice.”

The prime minister is facing mounting anger after it emerged he had continued with his tour of Scotland earlier in the week despite an official testing positive for covid.

Downing Street said Johnson did not come into “close contact” with the staff member in question despite the Guardian reporting that the pair were “side by side” on several occasions.

A Number 10 spokesperson said: “The prime minister regularly visits communities across the UK and all aspects of visits are carried out in line with Covid guidance.

“The prime minister has not come into close contact with anyone who has tested positive.”

The newspaper said Johnson and the official were seen at each other’s side on several occasions. They were both at a police college event on Wednesday and  travelled together on a RAF Voyager between Glasgow and Aberdeen, it said.

Current government rules state that anyone who is formally identified as a close contact of a positive case must self-isolate for 10 days.

A person may also be a close contact if they have been within two metres of a positive case for more than 15 minutes, either in one sitting or throughout the day, or if they have travelled in the same vehicle or plane as the person who has tested positive.

Dhesi said he was “incensed” by Johnson’s actions because he believed it “hampers those that want to get us out of covid”.

“People will not follow guidance as well if the lead person, the prime minister, is not even following it.

“People will rightly ask, ‘What’s the point in us following if the prime minister can’t even be bothered to follow his own government guidance and the rules?’

“This isn’t any way to lead a country, and it’s no way to lead us out of a public health crisis.”

And he accused the prime minister and officials of “truth twisting” by claiming Johnson had not been in close contact with the staff member.

“This truth twisting, this compulsive lying by certain individuals…they are trying to take the British public and the rest of us for fools.

“Nobody is going to buy it. Anyone with half a brain will not be buying it.”