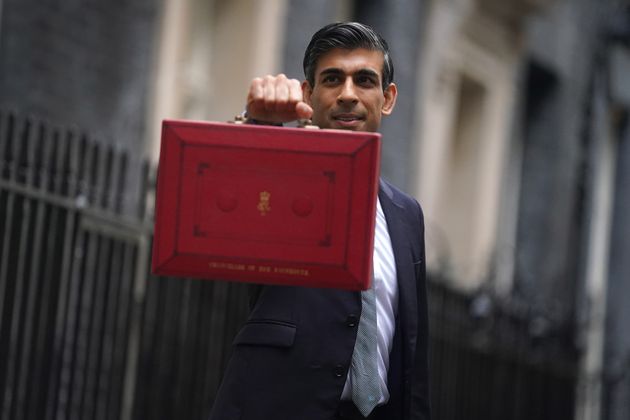 Middle earners are likely to be “worse off” next year than this after Rishi Sunak’s Budget, the Institute for Fiscal Studies (IFS) has warned.

In its analysis of the chancellor’s plans, released on Thursday morning, the respected independent economics think-tank said “millions will be worse off in the short term” and feel “real pain”.

And it said high rates of inflation and tax rises would “more than than negate” small average wage increases over the next year.

Paul Johnson, the director of the IFS, said: “Over the next several years a combination of tax increases and high inflation will mean very slow growth in living standards.

“The worry for the government is that, for all the chancellor’s upbeat delivery, the voters may not get much feelgood factor.

“A middle earner is likely to be worse off next year than this as high rates of inflation and tax rises more than negate small average wage increases.”

Johnson also said the gap between what we might have expected on the basis of pre-financial crisis economic trends and what is actually happening was “staggering”.

“Average gross earnings could have been some 40% higher had pre-crisis trends continued,” he said.

The IFS warned that high inflation, rising taxes, and poor growth, undermined more by Brexit than by the pandemic, will see real living standards barely rising and, for many, falling over the next year.

It came as Sunak refused to commit to cutting taxes before the next general election despite concerns among Tory MPs at the growing squeeze on living standards.

The chancellor insisted that it remained his “ambition” to “lower taxes for people” when the fiscal conditions allowed but declined to be drawn on when that might be.

Concerns among Conservative MPs of a cost-of-living crisis were underlined by analysis by the IFS as well as from the Resolution Foundation think-tank which also warned the country could be facing a “flat recovery for household living standards”.

It said tax bills had risen by £3,000 per household since Boris Johnson became prime minister in 2019 while the weakest decade of pay growth since the 1930s combined with rising inflation meant real wages were set to fall again next year.