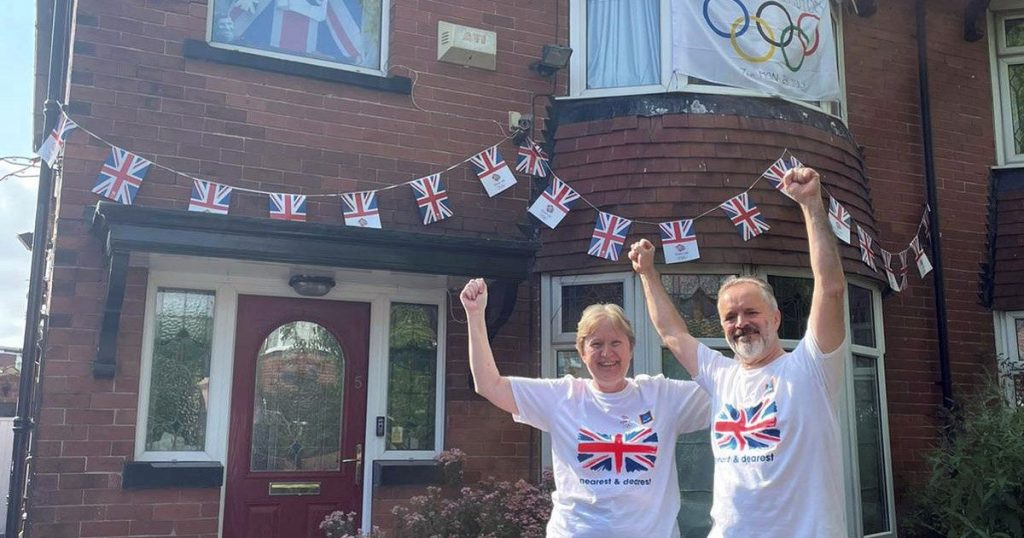 Matty Lee’s family and friends said they were left “stunned” as they gathered in a garden in Leeds to watch the 23-year-old clinch gold in Tokyo with his dive partner Tom Daley.

Unable to travel to Japan, Lee’s parents Helen and Tim invited everyone round to their home in the city to watch the nail-biting conclusion of the synchronised 10-metre platform competition.

They said they were “gutted” not to be in Tokyo but pleased they were able to make it into a bigger celebration as they now wait for their son to return home later this week.

“It was a great atmosphere.”

Mr Lee and his wife said they had planned to go out to Tokyo to watch their son but the Covid restrictions made it impossible.

He said: “To have everybody round – Matty’s friends, close family and some of my friends – it was amazing.

“With the result, it was even more amazing.”

Mr Lee said: “We’re obviously gutted we couldn’t be out there, as I’m sure all the nearest and dearest and parents are, but having people round and watching it here has been good in its own way.

“It’s been quite nice to have people round to share the experience.

“Normally, it would be perhaps yourself or very close family in a room.

Mr Lee said: “I don’t think you should ever think you were expecting something like a gold medal – certainly not at the Olympics.

“We were hopeful maybe that they’d do well. Personally, we just thought if Matty’s become an Olympian that’s a win. This is another level.”

He said: “It was exceptionally close. The Chinese, we know how incredibly good they are. So to beat them is a thing in itself. It was close but the boys did it.”

Mr Lee said his son would watch Tom Daley compete when he was very young and “I don’t think he would have believed that one day he would be stood next to him on the 10m board at the Olympics”.

But he said there are “two Toms in his life” as Lee’s biggest inspiration to take up diving at the age of seven was his big brother, Tom, who was also a competitive diver.

Now they are looking forward to Lee returning on Wednesday.

They are planning to greet him at Heathrow Airport but have yet to decide how they are going to celebrate back at the family home in Leeds.

Mrs Lee said she is looking forward to giving her son a hug at the airport.

She said they spoke to him briefly on Monday and got their first view of his medal.

Mrs Lee said the atmosphere in her garden was nervous as the competition began but gave way to cheers and celebrations as they clinched the gold.

“There was lots of cheering,” she said. “I’m sure some of the neighbours probably wondered what was going on. But a lot of them knew.”

She said: “From the form they’d been in this week, we were probably hoping that maybe they would medal.

“We hadn’t seen the Chinese pair dive. As they weren’t in the World Cup in Tokyo at the test event, we had no idea what they were going to be like.”

Lee has trained at the John Charles Sport Centre, in Leeds, which has been the home of a string of Olympic heroes over the last decade.

On Monday, City of Leeds Diving Club said on Twitter: “OH MY GOD!!!! @mattydiver OLYMPIC CHAMPION with synchro partner @TomDaley1994. That was amazing!!!!”