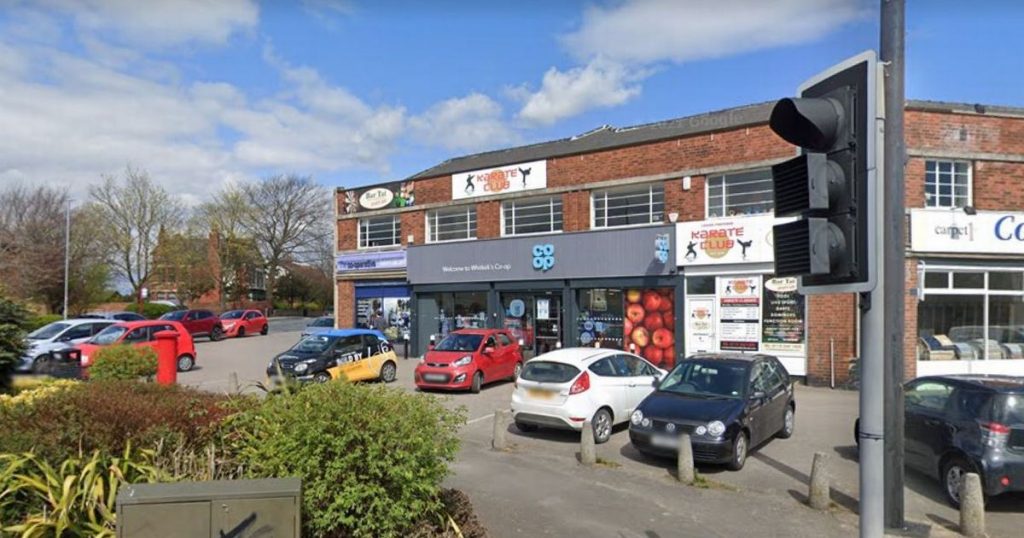 Four masked men tried to drag a cash machine out of a Leeds Co-op store with their 4×4 – but were forced to flee on foot when the car rolled onto its side.

Three of the would-be robbers threatened staff at the Co-op in Selby Road, Whitkirk, then attached a tow rope to the free-standing cash machine.

The gang then tried to pull the ATM free – but their Nissan X-Trail 4×4 was pulled onto its side and the men fled empty-handed along Hollyshaw Lane.

The botched robbery, reported at 9.14am on Tuesday, caused significant damage to the store.

West Yorkshire Police are keen to speak to anyone with any information about the attack on the Co-op.

A spokesperson said: “Police are appealing for information following an attempted cash machine robbery at a shop in Leeds.

“At 9.14pm yesterday, police were called to reports of a robbery at the Co-op store, in Selby Road, Whitkirk.

“Four masked men had pulled up outside in a silver/grey Nissan X-Trail 4×4. Three of the men entered the store and threatened staff before attaching a tow rope to the free-standing ATM.

“They made several attempts to pull the ATM out but were unsuccessful, with the vehicle being pulled onto its side on their final attempt.

“The men then ran off empty-handed along Hollyshaw Lane. Significant damage was caused to the store during the incident.”

Anyone who witnessed the incident or who has any information that could assist the investigation is asked to contact Leeds District CID via 101 quoting crime reference 13210454808.

Information can be given anonymously to the independent charity Crimestoppers on 0800 555 111.