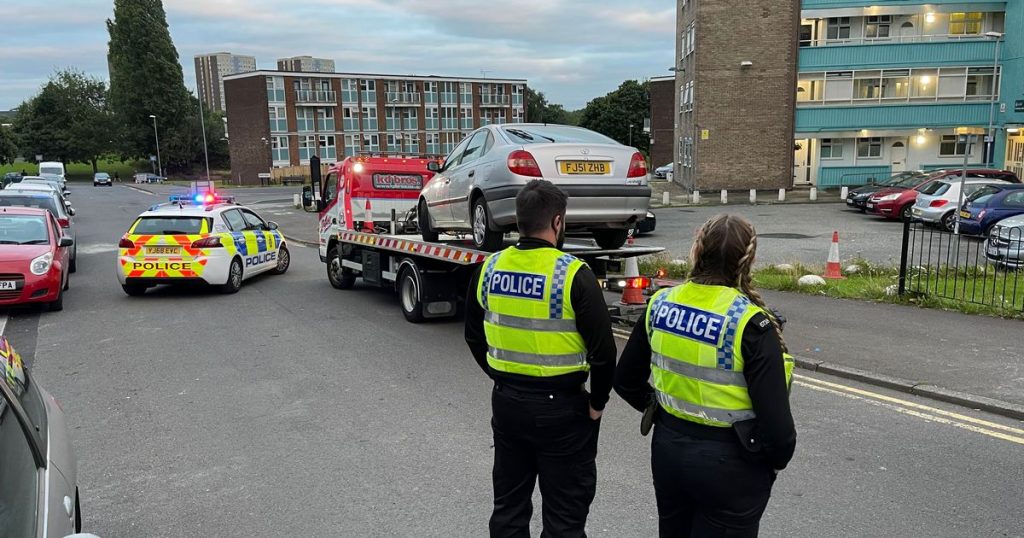 Mark Barrott’s car has been found and seized by police as the manhunt to find him continues.

Mr Barrott, 54, is the prime suspect for the murder of his wife Eileen Barrott, 50, who was found dead at the couple’s home in Naburn Fold, Whinmoor, Leeds, on Sunday.

He travelled to Scotland on the day of his wife’s murder and was last seen on CCTV in Huntly Street in Aberdeen city centre at 9.16pm on Sunday, after initially travelling by train from Leeds to Edinburgh in the afternoon.

This evening Mark Barrott’s car, which police had been searching for, was found in the Lincoln Green area of Leeds, just streets away from St James’s University Hospital, where Eileen worked as a nurse.

Pictures show it being loaded onto a covered flatbed recovery truck by police. It is believed to have been left there by Mark Barrott before he caught the train to Scotland.

West Yorkshire Police are keen to hear from anyone who has seen him since then or who has any information that could assist in tracing him.

People have been warned not to approach him but to call 999 immediately.

Anyone with information is asked to contact West Yorkshire Police Homicide and Major Enquiry Team via 101 quoting Operation Pumacastle, reference 13210413554, or online.