First there was the Jennifer Aniston TikTok lookalike that we couldn’t separate from the real thing, and now Margot Robbie and Scarlett Johansson have their very own social media doppelgängers.

TikTok stars Anastaysia is the spitting image of Harley Quinn star Margot, while Kate Shumskaya is a dead ringer for Black Widow’s Scarlett.

Unsurprisingly, when the two teamed up, their TikTok videos quickly went viral, racking up tens of millions of views.

One clip sees them face each other, before holding on to each other’s arms and spinning around as they magically transform into the comic book characters.

Can you spot the difference?

Here are the actual Margot Robbie and Scarlett Johansson… 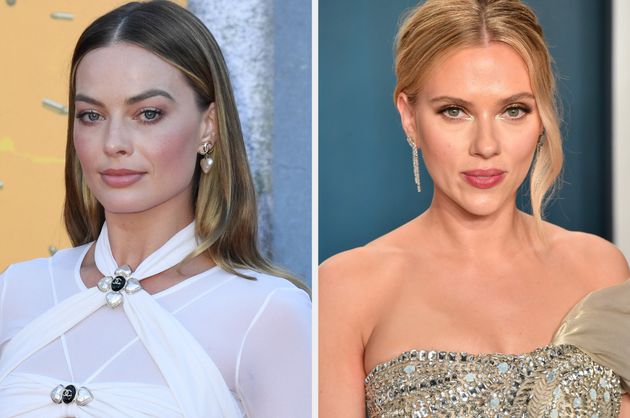 After Lisa’s likeness to Jennifer had viewers amazed, the star was asked for her verdict in a new interview with InStyle.

“A friend sent that to me — I watched it, and it freaked me out,” Jen admitted.

“She’s not exactly like me, but of all the people who have said, ‘I look just like you,’ she was pretty close. Sometimes you say, ‘Thanks?’ And other times it’s, ‘Wow, thank you.’”