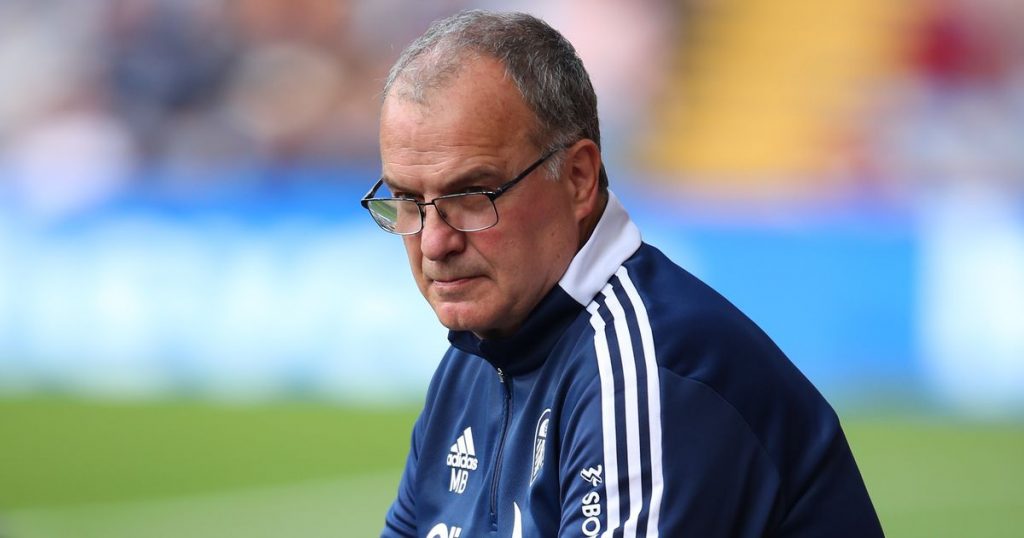 Leeds United are three matches and one month into the second chapter of their Premier League return with just two points on the board.

The Whites are still waiting for their first win, but have avoided defeat in their last two matches to provide the foundations for some kind of September response.

Here we take a look over some of the early trends forming from August’s three matches and some of the narratives Marcelo Bielsa may have been mulling over during the international break.

Sorely missed in the line-up at Old Trafford, Kalvin Phillips has gone from strength to strength since the opening day mauling.

Against Everton, with the armband against Crewe Alexandra, and at Burnley, Phillips stood out for all of the right reasons as per usual.

Whether it was the England international’s crunching tackles, radar-accurate passing or intelligent positioning on the field, Phillips has picked up where left off in 2020/21.

Rodrigo looking for a second wind

Based on how the Spain international finished last season and came into this term with the run-up of a full pre-season, there was much hope for what Rodrigo may show in the early weeks.

After his disrupted opening campaign in West Yorkshire, fans will be hoping to see much more of a return on the £27m investment the Whites broke their transfer record with.

The major question about Rodrigo lies in his suitability for the central midfielder role, whether it be in the 4-1-4-1 or 3-3-1-3 we have seen under Bielsa.

Rodrigo’s troubles when Manchester United had the ball at Old Trafford saw him hooked at the break before a muscle problem, Bielsa says, stopped him from starting against Everton.

After failing to shine against a League One defence in Crewe as the striker, he returned to a midfield slot against Burnley and produced some familiar frustrations in the centre.

Bielsa will be aware of the narrative around Rodrigo among fans and the media. The head coach has backed his man at every opportunity and consistently reiterated he will come good with time.

The return of the noise

Fans coming back into stadiums has arguably been the highlight of the season so far, especially when we were spoilt with an EFL Cup third-round record attendance of 34,154 at Elland Road.

The supporters played a major role in seeing United come back from behind twice to draw with the Toffees, while the away faithful has proved just as entertaining on the road.

For a man so ensconced in what football means to people, the emotions it creates, full stadiums, atmosphere, will mean more to Bielsa than most. He will feed off that.

Liverpool will be the first of the title contenders to play at a full Elland Road in the Premier League since 2004. It promises to be a thrilling occasion.

The run-out against Crewe in the cup was everything we needed to see at that point from Adam Forshaw and a real boost in the belief he may yet be a factor this season.

We are rapidly approaching the second anniversary of his last league appearance for Leeds and after countless setbacks, there are finally reasons for optimism.

Bielsa, rightly, maintains the patient narrative around the midfielder’s recovery and staggered return to action, but as long as Forshaw keeps shining when he’s given the chance, it won’t be long until he’s right in the mix for starts again. Has been one of the silver linings in what’s been a below-par start to the Whites campaign.

Since the start of pre-season it has felt like the Dutch winger has lit up every game he has played in, leaping beyond Ian Poveda in the pecking order and even putting Helder Costa under pressure, on the terraces at least, before his loan exit.

Bielsa is too wise and experienced to fawn over the next big thing lighting up Premier League 2 matches, but he has acknowledged the youngster in his squad selections and press conferences.

Consistency will be the next hurdle for Summerville to clear, but at this stage, he is the new exciting toy every fan wants to see Bielsa use on the field.

Daniel James, you sense, will get the first crack of the whip, though.