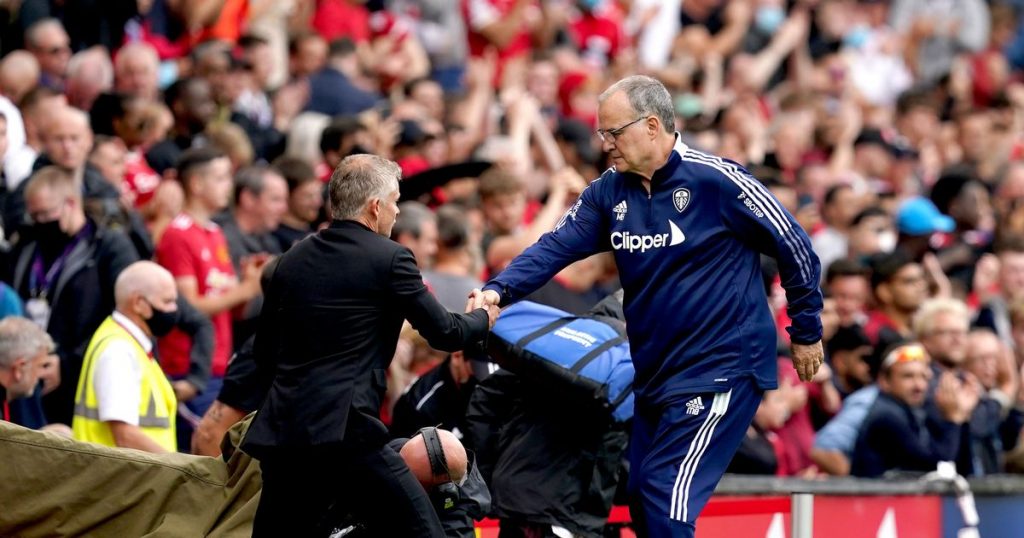 Robin Koch had a troublesome afternoon at Old Trafford as Leeds United were beaten handsomely by arch-rivals Manchester United.

For Fernandes’ first and third strikes of the afternoon, Koch lost his man, allowing the 26-year-old to drift off his shoulder and into space.

Even with the best will in the world, Koch would have struggled to contain the Manchester United talisman, who was in exceedingly dangerous form.

Nevertheless, a reaction will be required from Marcelo Bielsa and the players ahead of next weekend’s Elland Road reunion.

The Whites play host to Everton with a freshly-laid Elland Road surface to test their Premier League credentials upon once more.

Concerning though, is the run Leeds are currently on: no wins and plenty of goals shipped throughout pre-season, which has now carried into the Premier League campaign.

It has stretched 83 days and five matches, which may not seem like an awful lot, but Leeds’ longest winless run during 2020/21 was no more than three games at a time.

The England international has not started a match for Leeds United, competitive or otherwise, since the final day of last season.

That 3-1 win over West Bromwich Albion saw the extension of an end-of-season winning run, coinciding with a top half, ninth-placed, Premier League finish.

Since that day on May 23, Leeds have played five times, losing three and drawing two.

In the process, the team have conceded 15 goals, an average of three-per-game.

Even at Leeds’ buccaneering best last season, overcoming a three-goal deficit every week is some undertaking.

The common denominator in Leeds’ draws with Blackburn Rovers and Villarreal, and the defeats to Manchester United, Ajax and Real Betis, is that Kalvin Phillips has not started.

He has featured in 45 minute bursts, against Villarreal for the first-team and once more for just one half of football in the under-23s’ run-out versus Jong Ajax.

Marcelo Bielsa toyed with the prospect of starting Phillips at Old Trafford this weekend but decided against it, citing the England man’s reduced preparation time after a summer spent on international duty.

A potentially quick fix to the issues Leeds have been facing this summer is to reintegrate Phillips whose calm and influence steadies the ship to an immeasurable degree.

One further week of training should ensure the 25-year-old is up to Bielsa’s impossibly high match fitness standards.

After a quite humbling derby defeat on opening day, it is a decision which every Leeds United supporter in attendance at Elland Road next week, will cheer vehemently.