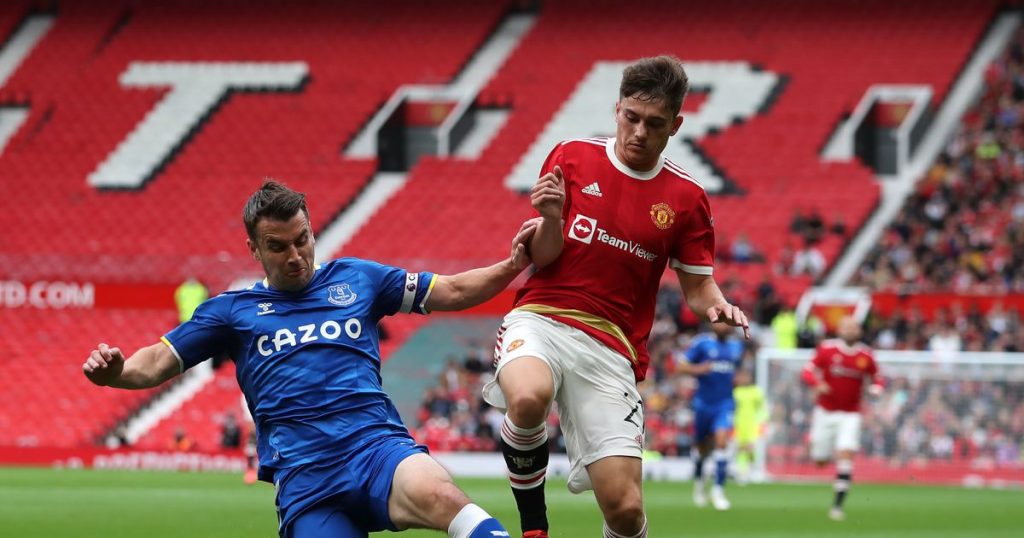 The bitter rivals will clash on Saturday in a mouthwatering fixture, which will be watched by both home and away supporters inside Old Trafford.

Speaking to MUTV after featuring in the club’s friendly win over Everton, he said: “I can’t wait.

“I think everyone is exactly the same. What a game to have first, Leeds United.

“I think us as well as them were gutted that such a big game with the history and fans not being able to be there.

“But to put that game as first game of the season it kind of looks fixed but it’s nice, it’ll be a great atmosphere and it’s one that I’m sure both teams will really look forward to.”

The game also has added significance for James, as he will be coming up against the club he nearly joined in 2019.

The Welsh winger posed for photographs holding a Leeds shirt and underwent a medical but Swansea City pulled the plug on the move and he would eventually move to Manchester United.

He completed 90 minutes for the Red Devils in the 6-2 drubbing of Leeds back in December 2020 and also started when the two sides played out a 0-0 draw in April.

The 23-year-old has even been linked with a move to Leeds again, but a deal has not materialised and he could face a club known to be admirers of him on Saturday if he is selected.

The removal of limits on attendance will certainly add spice to the fixture, which has served up some classic encounters in years gone by.

James played in front of Manchester United supporters in a friendly win over Everton on Saturday and insisted the presence of fans motivates him.

He said: “It’s absolutely brilliant coming out. We’re edging closer to the start of the season now and I’m sure next week will be 10 times louder.

“It’s massive. It kind of became normal without fans and it was a bit weird.

“But I got a little taste during the Euros and now to have fans here is absolutely brilliant, cheering us on.

“For me, it just drives me forward.”