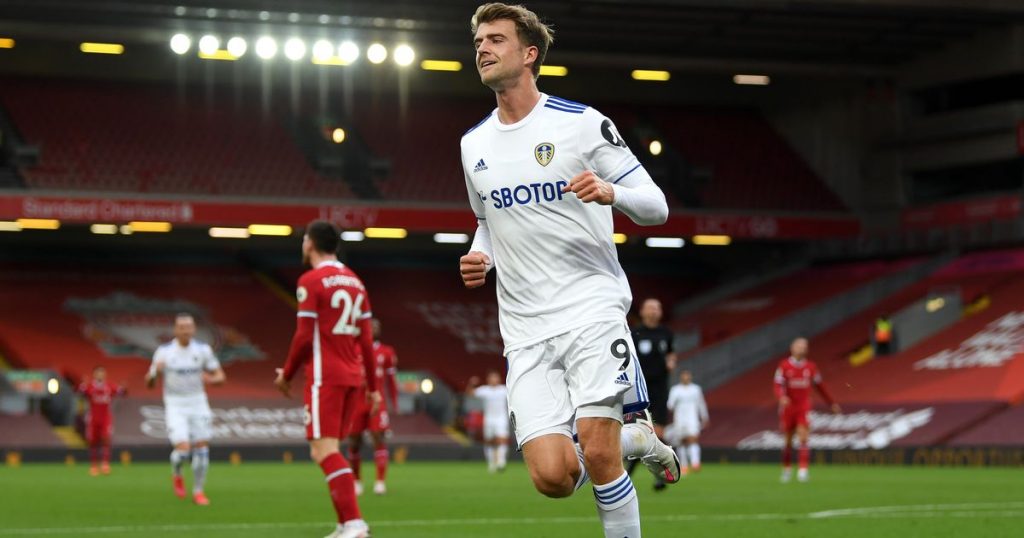 Leeds United get their second campaign back in the Premier League underway with a trip to Old Trafford to face Manchester United.

The Whites will be hoping to get off to the perfect start as they prepare to play in front of a full capacity crowd in the top flight for the first time in 17 years.

The visitors will be buoyed by a few thousand supporters in the corner of the stadium who will undoubtedly make noise to rival the 70,000 Red Devils fans.

Opening day results have been a bit of a mixed bag for the club in recent years if you factor in three wins from five games, but the performance last season at Anfield was certainly one to make people sit up and take note.

Garry Monk’s first league match as Leeds boss was certainly one to forget as he watched his side comprehensively beaten at Loftus Road.

Nedum Onouha opened the scoring from a goalmouth scramble in just the fourth minute of the match. Tjarron Chery then doubled the lead from the penalty spot after Ronaldo Vieira bundled Jordan Cousins over in the box.

Sebastian Polter put the final nail in the coffin with the very last kick of the game on a disappointing day for Monk and his new side. He would go on to lead the club to 7 th , missing out on the play-offs by five points.

Leeds once again started a new campaign with a new boss and this time, it was Thomas Christiansen who oversaw the opening day. It was a cracker at the DW Stadium as the Whites edged out the hosts in a five-goal thriller.

A brace from Kalvin Phillips and Chris Wood’s first of the campaign were too much for Bolton who pushed for a late equaliser following Gary Madine and Adam Le Fondre’s goals.

The Whites sat in the play-offs after a Boxing Day win against Burton but just four more victories in the last five months of the season meant they could only manage an uninspiring 13 th -placed finish.

For the eighth consecutive season, Leeds began the 2018/19 campaign with a new boss in the technical area. Although, this was no ordinary manager as a real sense of optimism followed the announcement of Marcelo Bielsa’s arrival.

He proved exactly why he was such a highly-regarded coach on the very first day as he watched his side ease past a relegated Stoke side who were playing in the second division for the first time in 10 years.

Mateusz Klich and Pablo Hernández ensured that the hosts would go into half time with a two-goal lead before Benik Afobe pegged them back instantly after the break from the spot after Barry Douglas fouled Tom Ince.

The Scottish left-back would make amends though, providing the assist for his side’s third goal which was headed in by Liam Cooper.

The Whites looked destined for automatic promotion for the majority of the campaign but dropped into 3 rd following poor end-of-season form and no one needs reminding of what happened in the play-offs.

Bielsa became the first Whites manager to start back-to-back seasons since Simon Grayson and he made sure his side would start the campaign in the best possible fashion.

Leeds made light work of what could have been tricky opening fixture against Bristol City as Hernández, Patrick Bamford and Jack Harrison put the game beyond the hosts at Ashton Gate.

Andreas Weimann stopped them from going back to Yorkshire with a clean sheet but his late goal meant very little more than that.

In a season disrupted by the Covid-19 pandemic, Bielsa and his players would get their hands on the Championship title which also meant a return to the top flight for the first time in 16 years.

The Whites played in the Premier League curtain raiser at Anfield last season and despite losing, they showed exactly what they were going to offer for the remainder of the season.

In an electric 33-minute start to the game, Liverpool led the newly-promoted side 3-2 in one of the most end-to-end halves of football in memory.

Mohamed Salah got his team’s first and third goals either side of a Virgil van Dijk header while Bamford and Harrison once again scored on the opening day for Leeds.

The match settled down after the half-time break and halfway through the second period, Klich brought the visitors back on level terms. It looked as though Leeds were going to get at least a point from the game but an 88 th -minute Salah penalty meant Bielsa’s side would be going home empty handed.

However, those first 90 minutes would be a sign of things to come for the Championship winners who were widely praised for their brave attacking football on the way to an impressive ninth-place finish.