Former Love Island finalist Olivia Attwood has revealed the show makes use of a third villa ahead of the final that viewers never get to see.

The series three contestant told of how Islanders are packed off to a different residence while the garden of the main villa gets made over for the live finale.

Speaking to OK! magazine, Olivia said the villa “turns into a constriction site” as the production team hurriedly transform the space, meaning the contestants need to be out of the way. 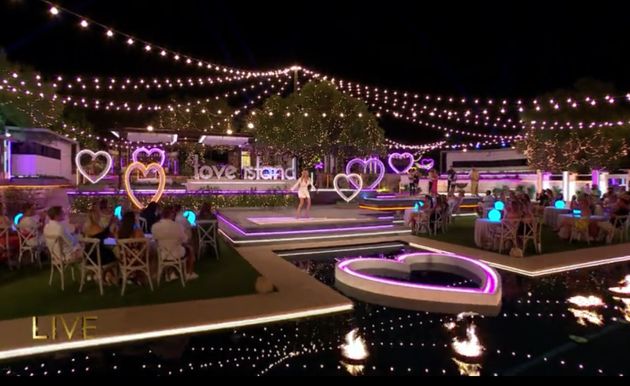 The main Love Island villa is transformed ahead of the final

Olivia said that the other villa is “completely different” and smaller than the one used for the Casa Amor twist, but is nearby the main residence in Sant Llorenc des Cardassar in Mallorca.

“It’s basically a way to keep you out of the way,” she said.

“You’ve kind of got the day off. You chill, you have the day together, you put music on and have a little BBQ.”

The 2017 contestant, who made the final with then-partner Chris Hughes, continued: “Because in that time they’re transforming the main villa and putting in the stage and all the stuff they have to build. The whole villa turns into a construction site.

“That’s happening over those 24 hours. So that day you get ready and relax and film some pre-title stuff. Then it’s the live final.”

HuffPost UK has contacted a Love Island spokesperson for comment and is awaiting a response.

The latest series of Love Island reached its conclusion on Monday night, and saw Millie Court and Liam Reardon crowned the winning couple.

However, there was one element of the live final that viewers had a particular gripe with.