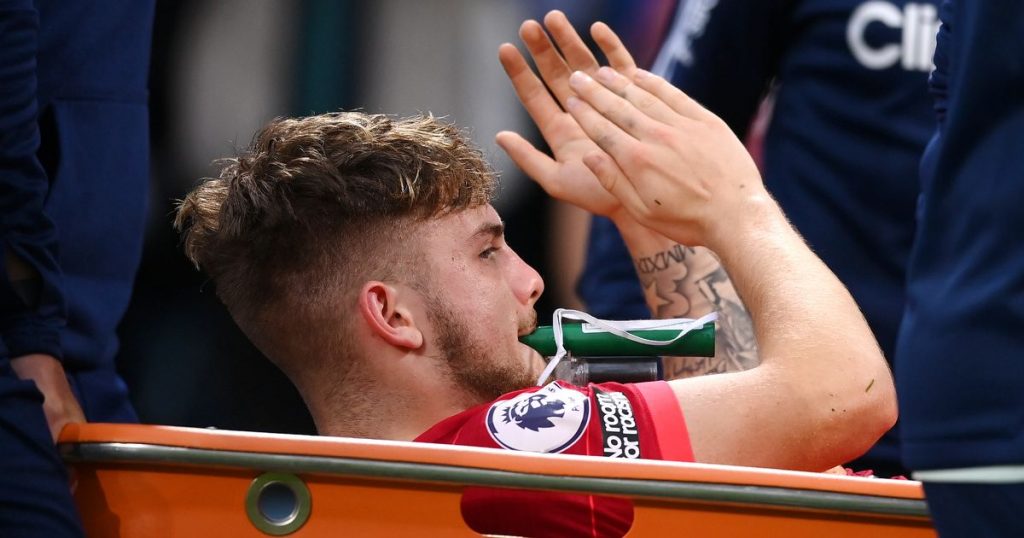 Leeds United were reduced to ten-men in the second half of their match against Liverpool after Pascal Struijk was sent off following a horror injury for Harvey Elliott.

The Liverpool attacker appeared to suffer a serious leg injury at Elland Road moments before he was about to be substituted after a challenge from the Whites defender.

Initially, referee Craig Pawson waved away claims of a foul but the immediate reaction of team-mate Mohamed Salah indicated the severity of the injury, with Elliott receiving lengthy treatment on the field before being stretchered away.

Sky Sports refused to show any replays of the challenge, such was the graphic nature of the tackle and Struijk was sent off after a VAR review.

Struijk was visibly troubled by the accidental injury inflicted on Elliott, who was surrounded by both sets of players in a bid to comfort him as received medical attention.

The Dutch international was a substitute himself after replacing Diego Llorente in the first half, who was taken off after picking up a suspected hamstring injury.

With Robin Koch injured, it leaves Marcelo Bielsa with only one senior centre-back, Liam Cooper, with Luke Ayling most likely to deputise alongside him, should Koch not recover for Friday’s trip to Newcastle United.

Leeds trailed 2-0 before being reduced to ten men after goals in each half from Salah and Fabinho.