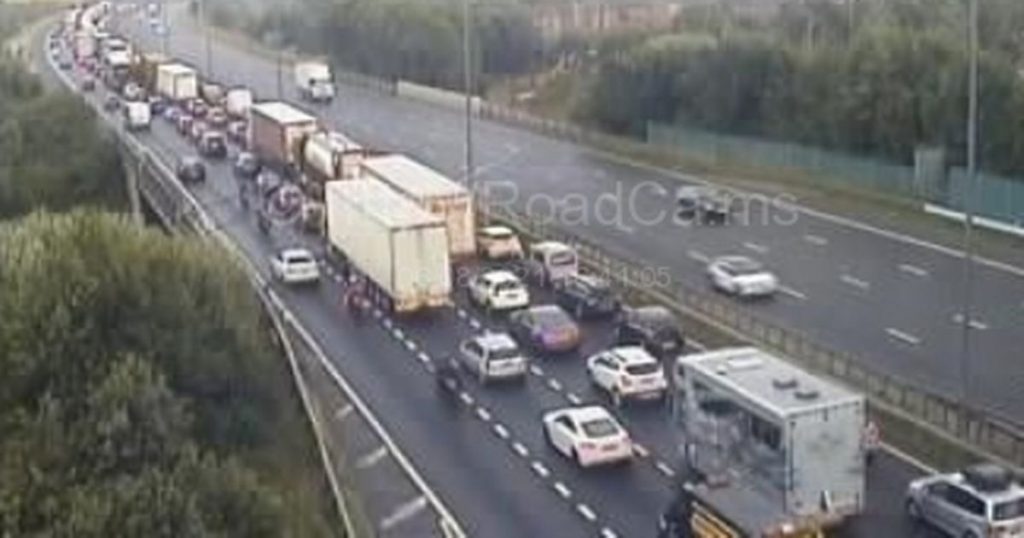 Emergency services have rushed to the scene of a four-vehicle crash on the M62 near Leeds.

The accident happened at J30 A642 on the eastbound carriageway just before the entry slip road at around 4pm.

Police closed the road earlier but all lanes have since reopened.

Long delays remain in the area with traffic queueing for seven miles back to J27 (Gildersome).

West Yorkshire Police have been approached for more information.

Follow our dedicated live blog below for the latest updates.