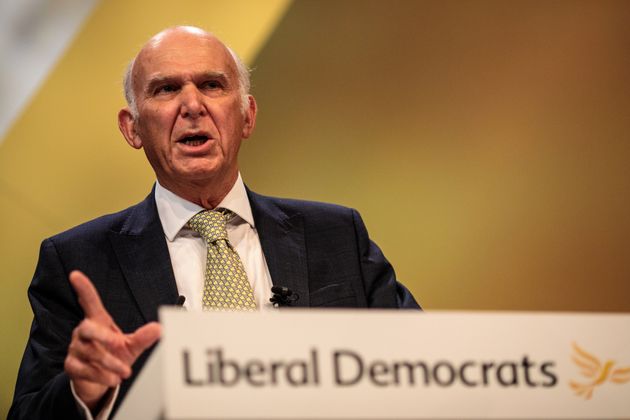 The Liberal Democrats are braced for a conference showdown with former leader Vince Cable over China’s persecution of the Uyghur people.

The Young Liberals have prepared a motion to be debated at the party’s main conference in September in which they will call on members to be “explicit in their condemnation of the actions of the Chinese state as being that of a genocide”.

It also says people and organisations involved in the oppression of Uyghurs in Xinjiang should face sanctions.

Former leader Cable, who stood down in July 2019, has caused controversy over a series of comments in The Independent in which he said there was “questionable evidence” of genocide and suggested the term had been used as a “very effective amplifier of anger over ‘the China virus’.”

The Young Liberals have also passed a motion for their own summer conference in which they say the grandee should no longer be a party member.

Peter Banks of the Young Liberals said: “We believe in human rights.

“We do not stop doing this because it is politically difficult. In the case of the plight of the Uyghurs in Xinjiang, there is no exception.

“This is why we utterly reject Vince Cable’s comments and rhetoric around this issue, and believe Vince Cable’s membership of the party to be inconsistent with the values and principles of our organisation.

“There is a genocide happening right now in China, and Young Liberals made it clear that we will not look away.”

In response, Cable told HuffPost UK: “My forthcoming book on China is not dictated by party politics.

“The Lib Dems seem to be in the same place as official Tory and Labour and the similar consensus in the USA.

“I am challenging the consensus.”

He added: “There is undoubtedly abuse of human rights. But like the Economist and many others, I don’t think the word genocide is appropriate.”

In April this year, MPs voted to declare that China’s actions towards the Uyghur people in Xinjiang amounted to genocide, citing the presence of detention camps, slave labour and mass sterilisation.

The Chinese government has denied the allegations, branding them “absurd”.

In his Independent article, Cable also argued that while China did not meet the human rights standards “regarded as acceptable in the west”, there were nonetheless “compelling reasons for engagement with China”.

“We must work with the reality that the Chinese Communist party could yet have another 100 years in it: shouting at it is unlikely to get us very far,” he wrote.

Cable’s stance on engagement puts him at odds with his party, which is  advocating for a full boycott of the 2022 Beijing Olympics in which athletes – and not just members of the royal family and ministers – do not attend the games.

In response there have been suggestions in Chinese media that boycotting nations will face sanctions from China.  Lib Dem leader Ed Davey has written to China’s ambassador to the UK, Zheng Zeguang, urging him to rule this out, saying: “Any attempt to bully the international community into silence over these human rights abuses would be absolutely unacceptable.”

A Lib Dem spokesperson said: “Vince Cable does not speak for the party on this issue – we stand with the Uyghur Muslims.

“The matter will be debated at our conference this autumn, where our position will be put beyond doubt.”