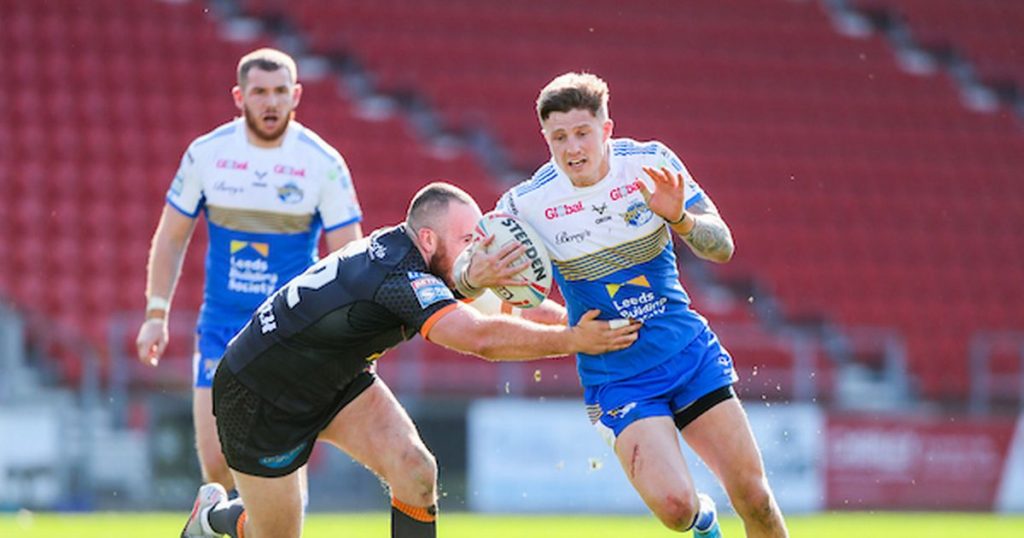 Liam Sutcliffe is the latest Leeds Rhinos star whose season has been cut short due to injury after finally succumbing to a long-term knee problem.

Sutcliffe has been battling a knee injury since March, with Rhinos head coach Richard Agar revealing it has hampered the amount he has been able to train all season.

But Sutcliffe will now undergo micro-fracture surgery to correct the problem next week after breaking down against Castleford last week, meaning he joins the likes of Alex Walker, Alex Mellor and, in all probability, Mikolaj Oledzki as season-ending injury victims.

“We named him in our squad this week but he couldn’t make it past half-time last week,” Agar said.

“Since March he’s been looking after the knee, and he’s not been training every day. He’s played exceptionally well for us given what we’ve known behind the scenes.

“But he’s succumbed to his knee injury and is seeing a surgeon about it. Unfortunately he’ll need micro-fracture surgery which will rule him out for four to six months. We’re hoping to get it done next week. With the heavy load we’ve had, it”s made managing it more difficult. We’ve just had four games in fourteen days, which accelerates problems like this.”

Sutcliffe’s Leeds team-mate Oledzki has also undergone surgery on a foot injury, and Agar said it is almost certain he too will not feature for the Rhinos again this season.

“He’s had an operation and depending on where we make this season, there’s a chance we could see him again – but the likelihood is we’ll lose him for the season,” Agar said.

“They’re some massive holes for us to fill. Mik and Matty (Prior) have been our best players this year and Liam has been great for us too. In truth, Mikolaj has been one of the standout forwards in the competition.”

Prior also remains sidelined after testing positive for Covid-19, but there is a glimmer of good news for Agar, with Luke Gale returning from suspension – meaning he will line up alongside Rob Lui for the first time this season.

However, Agar admits his squad is now as stretched as it has been all season.

“We’re getting thin,” he said. “We named 19 players, plus Liam knowing full well he could get ruled out, and Levi Edwards who’s out on loan in the Championship.

“We’re happy lads like him and Corey Hall are getting opportunities to play, but we’ve got some big shoes to fill, as well as some vastly experienced players, too.”