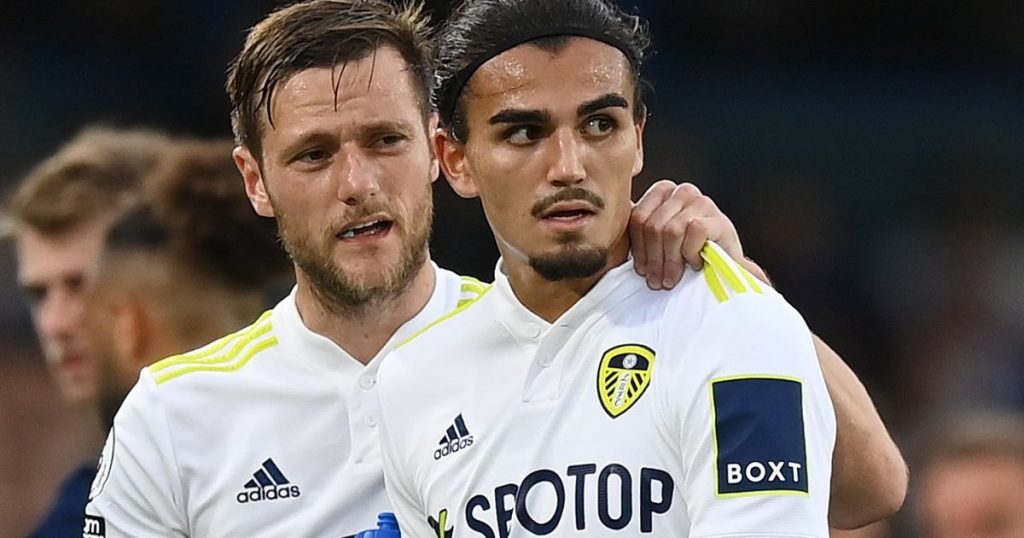 Leeds United captain Liam Cooper believes Pascal Struijk has been “let down” by the Football Association after an appeal to overturn his three-match ban was rejected.

The Whites defender was dismissed for the challenge that left Harvey Elliott with a broken ankle during Sunday’s match with Liverpool.

Much debate has surrounded the challenge, with Elliott himself insisting on several occasions that Struijk should not have been sent off for what he deems as ‘an accident’.

Referee Craig Pawson had initially allowed the game to run following the incident until it became apparent Elliott required immediate medical attention and Struijk was then sent off.

However, the FA rejected Leeds’ appeal, much to the astonishment of Cooper, leaving Leeds without the 22-year-old and facing a defensive crisis.

The Leeds skipper has admitted he feels Struijk and the club have been ‘let down’ by the decision.

“It’s a tough one, I spoke to Pasc (Struijk) after the game. In my eyes, it’s a freak accident,” Cooper told BBC Radio Leeds.

“Losing Pascal for three games is a big loss for us. He’s started the season unbelievably, he’s taken to the role unbelievably and he’s been great for us this season.

“To lose him for three games is disappointing. The authorities have maybe let Pascal down a little bit. I don’t see how, after seeing that, he hasn’t gone to hurt anyone, it’s not malicious, and knowing Pascal as I do personally, he would never do that.

“I think we have been let down a little bit and we’ll have to move on and deal with it. We’ve lost Pascal for three games now and that’s how it is, we have to adapt and we will do that.”