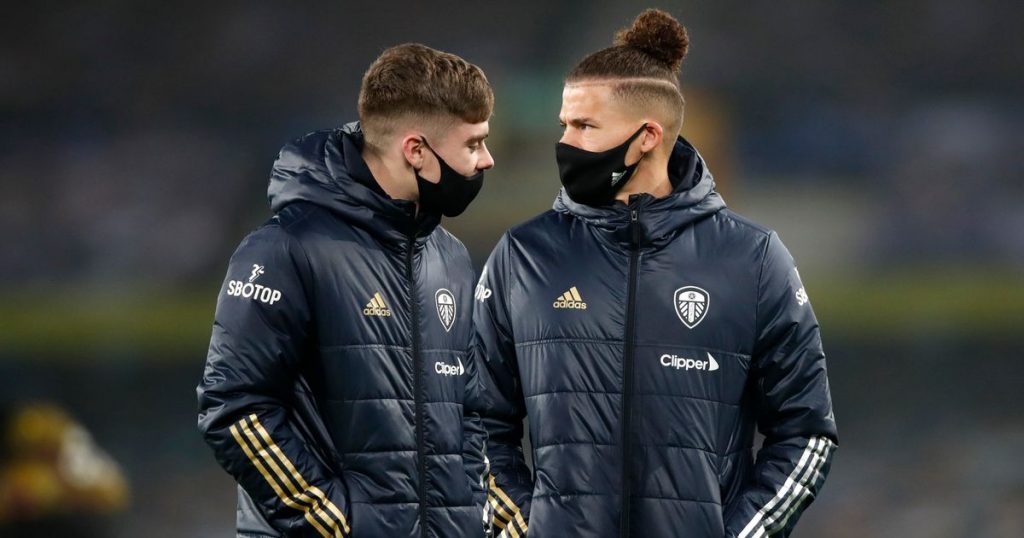 Leif Davis has revealed that Kalvin Phillips played a major role in his move to Championship side Bournemouth.

It was confirmed on Tuesday afternoon that the left-back would move to the South coast on an initial loan move with a view to making it permanent at the end of the season.

He was keen to emphasise how much Phillips helped him make the decision to move in search of more regular football.

In his first interview on Bournemouth’s official website, the 21-year-old spoke of how the England midfielder, as well as former Leeds man Lewis Cook, played an important role.

“He [Kalvin Phillips] helped me out a lot,” Davis said.” He wants me to get back to playing football again and enjoying football and he said he’d spoke to Lewis [Cook].

“Lewis said to Kalvin that I’d love it down here and that he’d look after me. As soon as Kalvin told me that, I couldn’t wait to get down.”

In three seasons at Leeds, the full-back only managed 14 first-team appearances and with just 31 minutes of action in the Premier League last term, it was clear that he wasn’t part of Marcelo Bielsa’s plans.

The signing of Junior Firpo in his position also would have signalled the end of any chance of regular minutes for Davis and the move to the Cherries will give him more time to develop his game.

In the interview, he spoke very fondly of his time at Elland Road and cited the Championship-winning campaign as his best memory with reference to his hopes of recreating it at the Vitality Stadium.

“It was one of the best years of my life even though I didn’t play,” he claimed. “Just being around the atmosphere of being promoted was amazing and hopefully we can do that this year.”

The option of making the loan deal a permanent one at the end of the season probably spells an end to his time in West Yorkshire but will hopefully lead to him getting more game time.

Under new manager Scott Parker, Bournemouth will be hoping to return to the top flight this season after being beaten in the play-offs by Brentford two months ago.