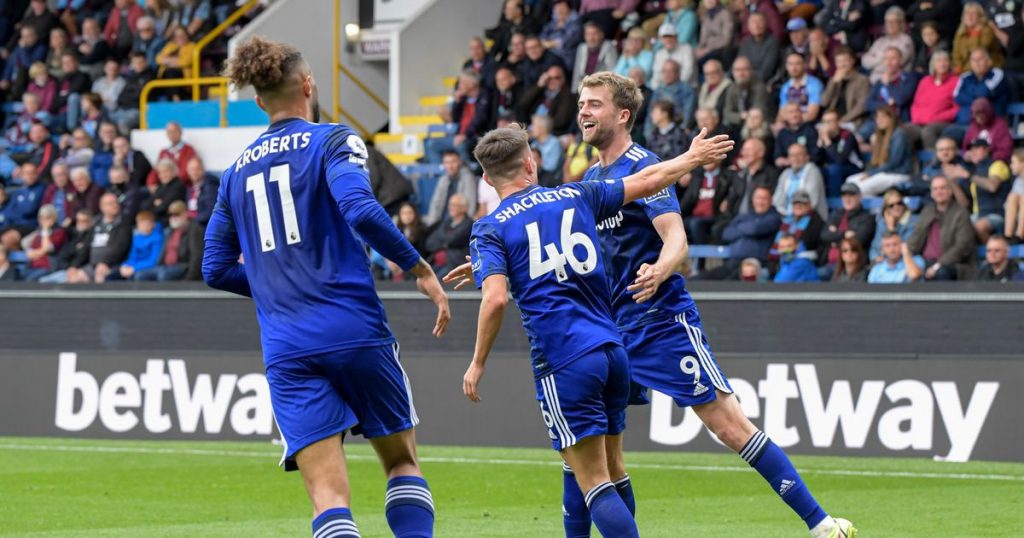 Leeds United made a fast start to life back in the Premier League last season.

Their first month back in the top flight saw them pick up seven points, losing 4-3 away to Liverpool on opening day, following it up with two important wins against Fulham and Sheffield United before picking up a point against at Elland Road against eventual champions, Manchester City.

This time around the season has started a little slower for the Whites. There have only been three league fixtures, but Leeds ended the month without a win in the competition as they suffered a demoralising 5-1 loss to Manchester United at Old Trafford in the season opener and drew to Everton and Burnley. There was a win in the EFL Cup though, as they defeated Crewe Alexandra 3-0.

Looking towards September, Leeds will want to put a few wins on the board and rack up those early points which meant they didn’t even flirt with a relegation battle at any stage in 20/21.

Leeds Live has the lowdown on Leeds’ upcoming fixtures and where there best opportunities are for points:

Leeds host Jurgen Klopp’s Liverpool for their first game after the international break. This game looks likely to be one where both sides will have players missing due to suspension after the fallout from Brazil players not being released to play for their country due to the government’s red-list.

However, whilst Leeds would only be missing Raphinha, Liverpool could find themselves without Alisson, Fabinho and Firmino is Brazil and Fifa get their way.

In the corresponding fixture last season, Leeds picked up a point after Diego Llorente scored a header from a corner to cancel out Sadio Mane’s opening goal.

Liverpool won their first two games of the season against Norwich and Burnley before drawing 1-1 against Chelsea before the international break.

This is obviously a very challenging fixture for Marcelo Bielsa’s side and they will hope to rediscover the form they showed in the second half of last season when facing the ‘Big Six’ sides, especially after the loss at Old Trafford.

This will be a game that Leeds really hope to win. They defeated Newcastle home and away last season, winning 5-2 at Elland Road and 2-1 at St James’ Park.

The Magpies have started the season horribly, losing their opening two games and throwing away the chance to pick up a win against Southampton by conceding a 96th-minute penalty. Steve Bruce’s side also failed to significantly strengthen their squad from last season in the transfer window, with their only signing, Joe Willock, being one they had on loan last season.

Should Leeds fail to beat Liverpool, they couldn’t hope for a better opportunity to put their winless streak to bed against Newcastle.

Following the Newcastle game, Leeds travel to Fulham in the EFL Cup.

They also beat Fulham home and away last season as the London club were relegated back to the Championship. Former Everton manager Marco Silva has them playing very confidently thus far this season and they have won five out of their six games in all competitions, scoring 15 times.

Even so, if Bielsa chooses a similar strength side to the one which faced Crewe in the previous round, Leeds would be the favourites in this game. It could also be possible that Silva chooses a heavily rotated side, being that his primary focus is on securing promotion back to the Premier League.

The last EFL Cup game was expected to feature Crysencio Summerville making his debut at some point but as Leeds hit the 70th minute of the match without scoring, Patrick Bamford was brought on and the opportunity passed. Perhaps this will be the game where the Dutchman makes his first appearance as a senior player in England.

Leeds endured a difficult time against West Ham on both occasions last season, losing 2-1 at Elland Road and 2-0 at The London Stadium. In both games The Hammers punished Leeds badly from set-pieces, scoring three goals from corners and free-kicks and the other from the rebound of a saved penalty.

David Moyes’ men have seven points from their opening three Premier League games, having beaten Newcastle and Leicester before drawing 2-2 with Crystal Palace.

Leeds will hope to put right what went wrong last season against West Ham but even a point in London would be an improvement in that regard.