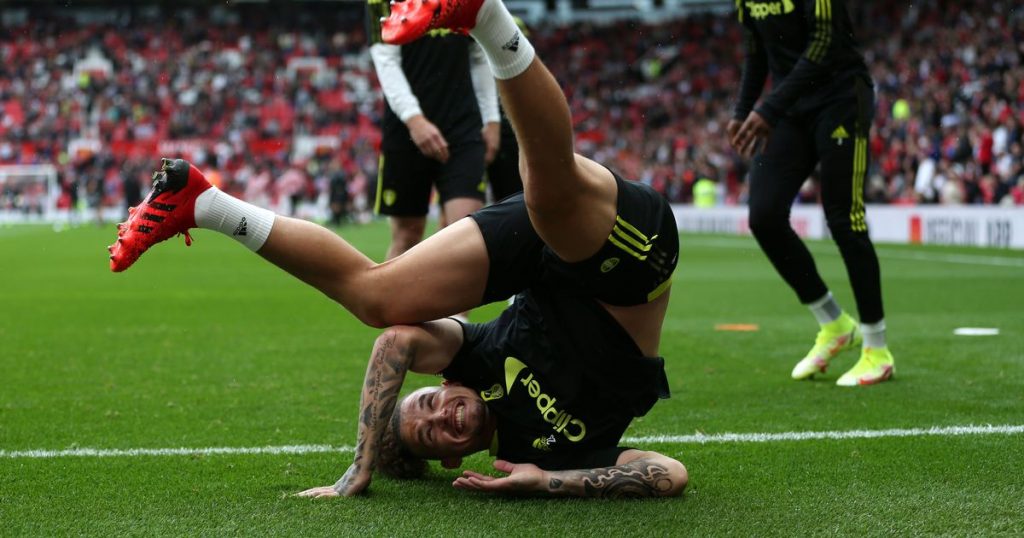 Marcelo Bielsa is a notoriously difficult manager to buy for.

The Leeds United boss is as particular as they come when it concerns incoming players; those who will not assimilate to the culture at Elland Road are struck off the transfer targets list without delay.

Victor Orta and Angus Kinnear have said as much in recent interviews; the Argentine is as demanding of his recruitment staff, as he is of the players on the training pitch, but there are no qualms with this approach.

Ultimately, it has delivered success, restoring Leeds to their rightful place amongst the Premier League elite when so many believed that would never be the case again.

This summer’s greatest transfer conundrum is a familiar one, though: central midfield.

The Whites have not purchased a senior central midfielder for some time.

While Rodrigo Moreno routinely features in that hard-to-define No. 8/10 role, he is nominally a centre-forward.

In which case, Mateusz Klich and Adam Forshaw are the club’s most recent central midfield signings, and both are perceived to be coming to the end of their Leeds United shelf life by the time the season is out, having joined in 2017 and 2018 respectively.

Further back, Kalvin Phillips’ position is among the safest in the team – when he is fit.

The England international has proven himself to be indispensable throughout Leeds’ Premier League journey.

His absence is always felt, as it was at Old Trafford last Saturday.

Robin Koch and Pascal Struijk have been drafted into that role over the past 12 months, deputising for the 25-year-old.

Crucially, the pair share similarities which hinder their efficacy in such a position.

While Phillips is incredibly adept at defending horizontal and lateral spaces all by himself, he does so due to immense physical fitness, mobility and his height.

The latter point is actually rather important in professional football, despite outfield Premier League players ranging from 5ft 4in to 6ft 6in tall.

For Phillips’ role under a manager like Bielsa, Koch and Struijk are just too tall.

Their body composition does not allow them to pivot and swivel, moving their hips as fluidly as Phillips can.

Leeds’ No. 1 in that position is 5ft 10in tall, while Struijk and Koch are 6ft 3in and 6ft 4in respectively.

In tracking runners, reacting to disguised passes and stealing possession from opponents without fouling, Phillips is superior – and that plays a major part in why Bielsa has been unable to glean the same advantages when subjecting the Dutchman and the German to that posting.

Last month, Bielsa spoke about Phillips at length in an interview with Stadio Astro.

He revealed that Phillips reminded him of players he had worked with previously in his coaching career. Those he selected as direct comparisons to Phillips were quite telling.

Diego Simeone, Gerardo Martino and Matias Almeyda were all named as players comparable to the England international. All of whom were defensive midfielders at one point during their careers, and none are over six feet tall.

At 5ft 11in, Simeone is the tallest, while Martino and Almeyda are 5ft 9in.

If Bielsa were to create the perfect player for his No. 6 in his desired system, it wouldn’t be far off what Phillips offers – an amalgamation of some of the most tenacious and workhorse-like midfielders he has had the pleasure of fielding.

The Kalvin Phillips role, as it has been coined, is one with a very particular specification.

Elite distribution, an incredible engine, defensive fundamentals and an acute appreciation of space are all absolutes.

Phillips is the only – currently fit – member of the squad with that skillset, and finding a player of that ilk in the transfer market is nigh-on impossible, or eye-wateringly expensive.

Finding a Kalvin Phillips alternative has long been deemed an impossibility.

This summer’s European Championships demonstrated that Phillips may well be one of the most specialised midfielders in the world.

Lewis O’Brien or Nahitan Nandez have been suggested, but neither is as specialised a player as Phillips and neither plays exclusively in that position.

The task facing Victor Orta and his recruitment team is a recurring one, and may be best served by producing an alternative from within.

Lewis Bate’s addition this summer sparked speculative murmurings that he could be an understudy to the irreplaceable Phillips.

The ex-Chelsea teenager boasts a tenacious streak, excellent distribution and after months of Leeds’ rigorous training regime to come, an engine to match.

At which point, there is little left to suggest Bate could not study Phillips’ ways to become a back-up to the Leeds stalwart.

Standing at 5ft 8in tall, the 18-year-old certainly meets one of the remaining areas of the criteria that no Leeds United senior player in that position can currently match.

First-team or under-23, no Leeds United transfer earns the seal of approval without Marcelo Bielsa’s say-so.

This summer the Argentine has taken a particular interest in under-23 business – of which Bate has been a major part.

The midfielder has a particular set of skills, not dissimilar to Phillips, but requires honing.

Bielsa would certainly not have signed off on such an addition if there was not the belief he could impact first-team affairs in future.