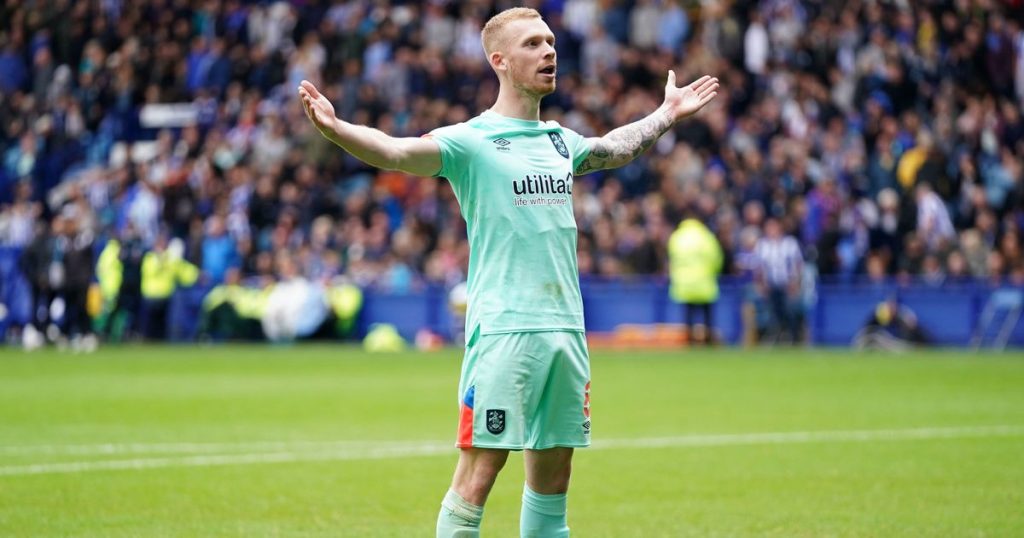 One million pounds stood between Leeds United and Lewis O’Brien after their fourth offer of a structured £13m was rejected, according to Huddersfield Town.

Terriers chairman Phil Hodgkinson has given his account of what happened during the summer when the Whites pursued O’Brien.

Speaking to YorkshireLive and BBC Radio Leeds, Hodgkinson said there were ultimately four offers from Victor Orta which were turned down by the time the transfer window closed.

The John Smith’s Stadium chief elaborated upon why the offers were turned down, including the highest which, Hodgkinson says, was £13m if all add-ons were triggered.

“To be honest with you, it wasn’t anything to do with the valuation,” he said. “The fourth offer we rejected was £13m.

“The issue was not the valuation, the issue was the structure of the offer, so what I have to consider, having spoken to Lewis, [was] Lewis wanted to play football, that’s what Lewis wants to do, which is fantastic to hear.

“It’s also about how much cash you’re getting through the door because we were under no illusion and we were looking at replacing Lewis.

“So the reality was it wasn’t the amount, £13m was the fourth offer we rejected, it was the structure we rejected.

“It didn’t work for us as a football club, and my concern was the fact Leeds wouldn’t go up to a structure we wanted, which was a reasonable one. Even the player’s agent said so.

“That said to me he was going to Leeds as a squad player, because if you want someone and you want them to come and play in the Premier League [you meet the seller’s demands].

“For me, Lewis told me he wanted to play football, and if he was going to play regular games and make starts then he would have gone that extra mile.

“We spoke about it and we are in active discussion with Lewis over a new deal as we speak.”

Hodgkinson said O’Brien was kept informed of what was going on behind the scenes and the midfielder admitted, privately, playing for Bielsa appealed to him.

“Lewis was aware of the interest from Leeds, as were we, and Lewis was fantastic,” he said.

“Lewis is everything you want in a footballer. His agent, Kevin Sharp, is ultra-professional.

“Myself and Leigh Bromby (head of football operations) sat down with Lewis and we discussed it.

“Lewis said ‘Of course I want to play in the Premier League and playing for someone like Bielsa, with his reputation, can only make me better, but I understand the offer’s got to be right for the football club.

“Lewis was fantastic. There were no additional knocks on the door, when each offer came in we discussed it with Lewis and his agent and we explained why it wasn’t acceptable to us, and there was absolutely no negative response at all from Lewis.

“He was just the consummate professional, he was fantastic, didn’t complain, completely understood, just wanted to play football and, as he always is, he was just an absolute pleasure.

“Just an absolute pleasure and everything you would want in a footballer at your football club as an owner.”