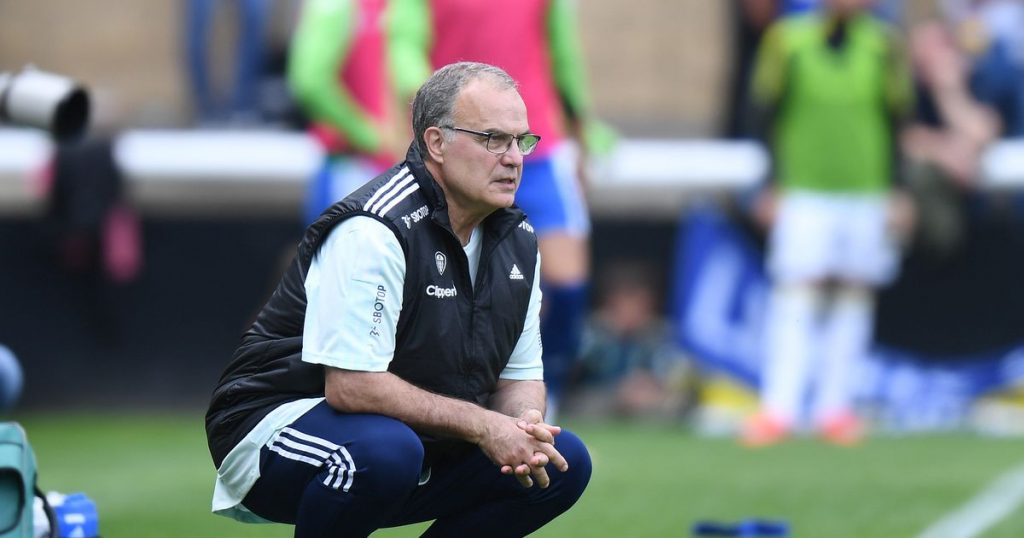 Leeds United’s primary aspirations this season will be once again to consolidate their status as a Premier League club.

Following a ninth-place finish last term, it would be easy for the Whites to get carried away and seek to push for European spots.

However, first and foremost, they must avoid the well-documented second-season syndrome which has repeatedly caught promoted sides out in the top flight.

The most recent example of this came just a few months ago as Sheffield United ended their 2020/21 campaign bottom of the table on the back of a ninth place finish themselves 12 months prior.

Some of the teams that finished in and around Leeds in May will have very different aspirations, Arsenal and Tottenham in particular will be desperate to finish in the European places.

Everton and Aston Villa will also be hoping to push for the top seven while West Ham will be hoping to balance a decent domestic campaign with Europa League football.

Meanwhile, it will once again be a season where safety tops the agenda for Newcastle, similar to Marcelo Bielsa’s side.

Here is the business that Leeds’ league rivals have done so far.

Despite managing to qualify for Europe with a sixth-place finish, it has been a quiet summer for West Ham. They have brought Alfonse Areola in on loan who impressed for Fulham last term while Craig Dawson’s loan was made permanent.

Felipe Anderson, who was once an exciting prospect, was sold to Lazio for a fee believed to be between £2m and £4m. It is understood that the Hammers will have to shift some more of their deadwood if they are to bring in any more recruits before the window closes in 12 days.

David Moyes has been in the market for a new centre-back with names such as Nikola Milenkovic and Kurt Zouma linked with moves to East London.

Much of Tottenham’s summer has been dominated by rumours surrounding the future of Harry Kane who seems to be staying put at the moment.

They have made a couple of useful signings in the background though as Christian Romero joined from Atalanta and Bryan Gil has been brought in from Sevilla. Erik Lamela moved the other way as part of the deal for the latter.

As for the other outgoings, Toby Alderweireld, Juan Foyth, Danny Rose, Paulo Gazzaniga and Joe Hart have all left the club permanently.

Spurs will, of course, be active again in the market if Manchester City meet Daniel Levy’s Kane valuation.

It has been a busy summer across North London as the Arsenal board have continued to back Mikel Arteta in the transfer market. The signing of former Leeds loanee Ben White for £50m has turned some heads but it continues to build the young, English core at the club.

Aaron Ramsdale (£24m) and Martin Odegaard (£34m) are two deals very close to being agreed which will make the Gunners the Premier League’s highest spenders so far. They also added more young talent in Albert Sambi Lokonga from Anderlecht and Nuno Tavares from Benfica.

They have managed to put some money back into the club though as they sold Joe Willock to Newcastle where he enjoyed a successful loan spell last season.

It hasn’t quite been the exciting transfer window that Everton supporters have come to expect over the last few years. With new boss Rafa Benitez in the technical area, their spending has been limited as only Demarai Gray has come to the club for a fee so far.

Andros Townsend and Asmir Begovic have also been signed with squad depth in mind. Their outgoings have been equally limited with some of the deadwood at the club being moved on earlier in the window.

There have been several names linked with moves to Goodison Park but it looks as though Toffees fans will be waiting right until the last minute for anyone else to come through the door.

It has been a summer of transition for Aston Villa as they sold star man Jack Grealish in a British record fee to Manchester City. They ensured that the money was reinvested and had spent the majority of it before the deal had been fully agreed.

Emiliano Buendia and Leon Bailey have been marquee acquisitions in the West Midlands whilst Danny Ings also joined having less than a year left on his deal at Southampton. Ashley Young returned to Villa Park following the expiration of his contract at Inter Milan and Axel Tuanzebe has been signed on loan from Manchester United.

While for most clubs the transfer window is an exciting part of the footballing calendar, it is often one that Newcastle supporters don’t really look forward to.

The situation regarding Mike Ashley’s position as owner has left them in limbo with Joe Willock the only new recruit, albeit a £25m one.

Steve Bruce is still understood to be in the market for a centre-back and a defensive midfielder so there could still be movement in the North East ahead of the deadline in 12 days’ time.

We want to hear your thoughts on this story, so LOG IN and leave your comment below