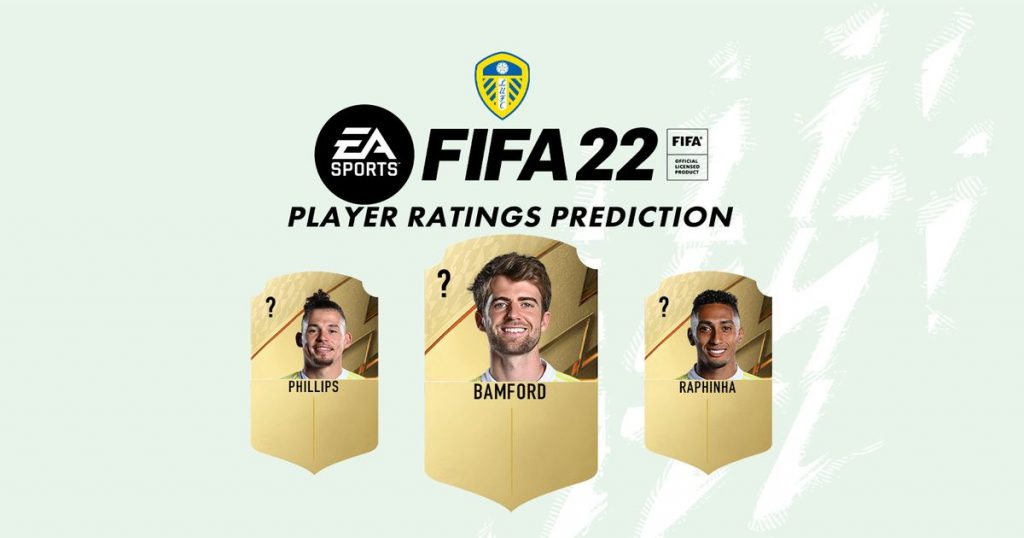 With the release of FIFA 22 under one month away, the anticipation is starting to rapidly build within the FIFA fan base as they await one of the most popular releases prior to the game, the FIFA Ultimate Team player ratings.

EA Sports are yet to confirm a date for when the first batch of player ratings are released, however based on FIFA 21’s reveal, we expect the first release of players to arrive in the next couple of days, and we anticipate a lot of upgraded Leeds United players when the game is released.

FIFA Ultimate Team (FUT) is the most popular game mode on FIFA, with players able to create their own ‘Ultimate Team’ of players from around the footballing world in their own unique club where you can customise your stadium, kits and more.

Leeds claimed an impressive ninth-placed finish in their first campaign back in the Premier League last season, and with having had a low rated squad in FIFA 21, we expect almost every Leeds player to receive a healthy upgrade in FIFA 22.

So, how will the Leeds Ultimate Team ratings look in FUT 22? Check out our Leeds FIFA 22 Ultimate Team player rating predictions below.

Here’s our prediction for the Whites’ FIFA 22 Ultimate Team ratings, using the FIFA 22 predictions feature on the FUTWIZ website.

Leeds should be receiving upgrades all over the board in FIFA 22, with 16 out of 21 players in the squad set to see their rating increase.

We are predicting big upgrades for Patrick Bamford (+9), Stuart Dallas (+5), Kalvin Phillips (+5) and Illan Meslier (+7) as well as the majority of other players receiving +1 or +2 upgrades after a great season in the Premier League.

After being signed for a club-record fee last summer, Rodrigo struggled to settle in immediately for Leeds and ultimately became a rotation player under Bielsa as a makeshift attacking-midfielder due to Bamford’s undroppable form.

New signing Daniel James could also be set for a rating drop after his last season at Manchester United where he struggled for consistent game time.

And staying with the theme of signings, Junior Firpo may also be set for a slight downgrade on his rating after a season with little football at Barcelona.

These cards and ratings are predictions only and there has been no confirmation yet about when the FUT 22 player ratings will be revealed, so you’ll have to wait a few more weeks to see them confirmed.

Powered by Football, EA SPORTS FIFA 22 brings the game even closer to the real thing with a new season of innovation across every mode and groundbreaking next-gen HyperMotion gameplay technology on PlayStation5 that elevates every moment of the match.

* Click here to subscribe to Level up! The Esports and Gaming Show on Apple Podcasts, Spotify, Google Podcasts and Spreaker *