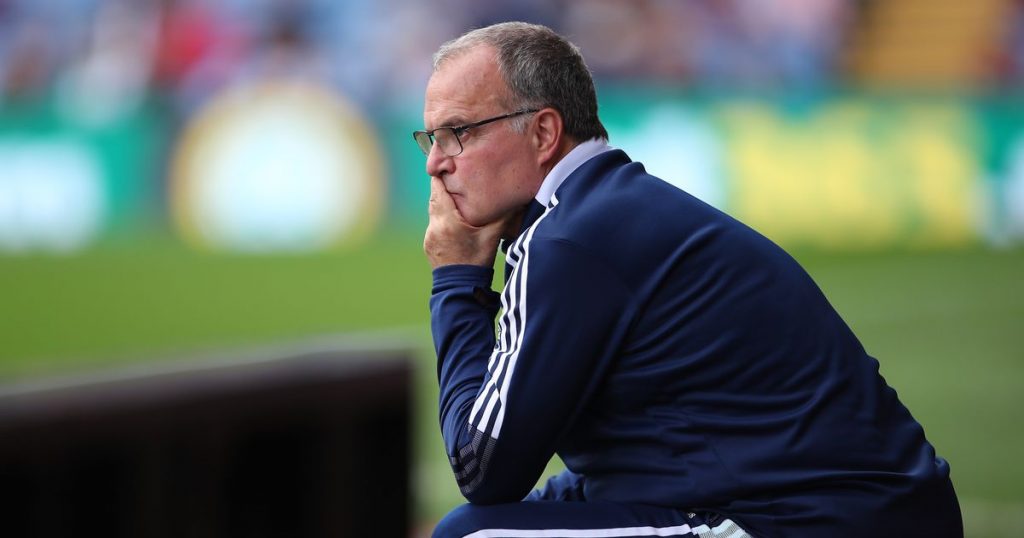 Leeds United’s first season back in the Premier League after sixteen years away saw them hugely over perform expectations in finishing ninth in the table.

In doing so, the Whites punched well above their weight in terms of financial might. On promotion, they spent some big fees on international players Rodrigo, Diego Llorente and Robin Koch, whilst securing Raphinha for what now looks like a bargain £17m. However, the vast majority of the squad was built in the Championship and bought for peanuts comparative to the fees frequently spent in the Premier League.

The team have started the current season slowly and they travel to Newcastle on Friday night hoping for their first win after four games gone so far. Recent research from Reach’s data unit team has provided a reminder of the scale of the challenge Leeds have in competing in the division, let alone replicating last season’s top-half finish.

The research shows the values of each club’s 25-man Premier League squad, with Marcelo Bielsa‘s squad valued at £155.2m and ranked as the fifth least expensive squad in the league, despite the fees spent over the last two summers. Manchester City sit at the top of the tree, with a squad value of £829.47m, whilst lowest value Norwich City’s £58.77m is dwarfed in comparison.

Director of football, Victor Orta brought in Junior Firpo and Daniel James for fees of £13m and £25m respectively this summer, but clubs such as Brighton, Southampton & Crystal Palace have all been in the division for several years now, racking up those kinds of fees for several summers in a row.

The research should provide some comfort to Leeds fans who have been concerned about the start of the season though, as three of the four opponents have been against clubs amongst the most expensive in the division.

Manchester United are the second most valuable squad, with an enormous value of £778.68m, whilst Liverpool are the fourth ranked at £532.5m. The score lines against the two Premier League giants might have been painful but the difference in value is enormous and emphasises the fact that losses like that have to be expected, as much as they aren’t enjoyed.

Leeds’ draw against Burnley remains disappointing, especially given the fact that the Clarets are one of the clubs with a squad less valuable than the Whites. However, Leeds will hope this was simply a blip and remind themselves that they beat plenty of teams they wouldn’t have been expected to last season as they look to climb the table and confound expectations once again.