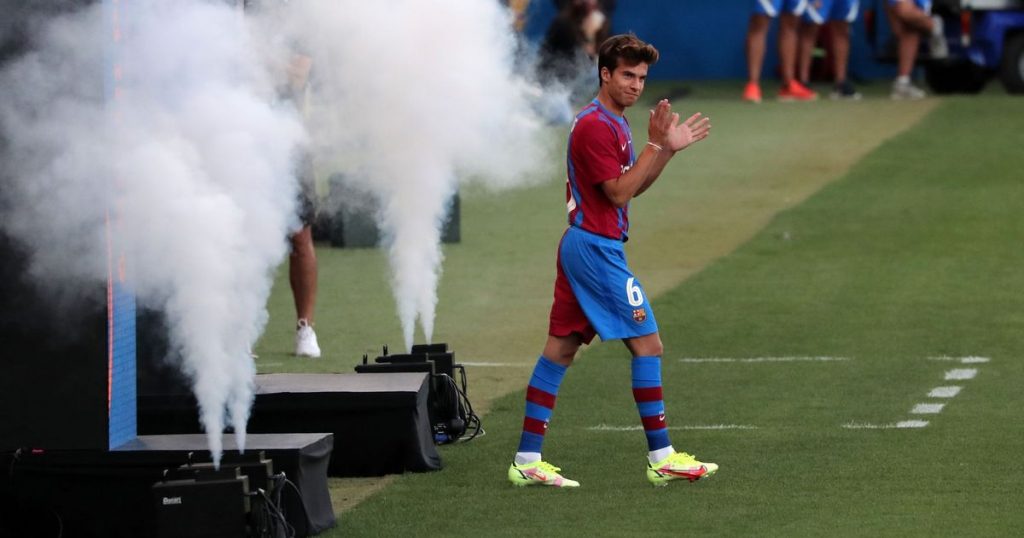 It is uncharted territory for Marcelo Bielsa at Elland Road, who is accustomed to faster starts than this.

Last term, following an opening day defeat to Liverpool, Leeds saw off Fulham and Sheffield United in their next two matches.

This time, an opening day defeat has been followed by two draws, which Leeds have been forced to come from behind in order to salvage.

The Whites left it late at Turf Moor on Sunday afternoon as Patrick Bamford diverted Jamie Shackleton’s deflected shot beyond Nick Pope and the Burnley defence.

While a point was a fair outcome, neither side were at the proverbial races; Leeds a tad more sluggish than they have been in previous Premier League encounters.

There are valid reasons for this including the absence of midfield metronome Mateusz Klich and new signing Junior Firpo but many supporters believe the team is in need of freshening up.

Leeds named a number of under-23 players on the substitutes’ bench at Turf Moor, with Bielsa calling on 21-year-old Jamie Shackleton and 22-year-old Tyler Roberts in the Whites’ hour of need.

The fact that duo were two of the more senior figures Bielsa had in reserve outlined just how very lean the Leeds squad is this year when a handful of starters are missing from the matchday squad.

With just a matter of hours remaining in the transfer window, clubs whose forward planning is a little lacklustre will engage in panicked transfer activity.

Leeds are not one of these institutions, securing all first-team additions this summer before a ball had been kicked.

The club have, however, not ruled out the prospect of moving for any Raphinha-type transfer opportunities late in the window.

The Brazilian joined Leeds last October ahead of the deadline, as it became apparent he would be available for a sum Leeds could afford.

In similar fashion this year, it appears two previous Leeds United targets Daniel James and Barcelona’s Riqui Puig may also be free to move on.

Manchester United are willing to listen to offers for James, while Marca report Puig is free to leave Camp Nou after failing to convince Ronald Koeman he can be an integral part of Barcelona’s Lionel Messi-less restructuring.

Leeds added Junior Firpo from the Catalan club earlier this summer in a £13 million deal, a fee regarded as something of a bargain given how highly-rated the Spanish full-back was prior to his Barcelona move.

The LaLiga giants have made pains to offload a throng of peripheral players this year, in a bid to lower their wage bill and rectify the €1.35 billion worth of debt the club are currently burdened by.

Wolves will have the option to make Trincao’s move permanent next summer as part of a £25 million option-to-buy included in that deal.

Given the proximity to the transfer deadline, this type of agreement may be enticing to Barcelona who remain keen to clear the decks of any players deemed expendable.

Puig has not featured in any of Barcelona’s three league matches so far this season, and has seen 17-year-old Gavi and 19-year-old Nico Gonzalez seemingly skip the queue ahead of him in the midfield pecking order.

Of course, the likelihood of Leeds completing such a deal remains slim given Chief Executive Angus Kinnear’s admission that the club are satisfied with their business.

Marcelo Bielsa concurred, even stating in his post-match press conference at Turf Moor that he does not expect Leeds to do any further business.

Whether these comments are something of a smokescreen is unclear, but if Leeds were covertly eyeing midfield reinforcements, Victor Orta’s contacts in Spain will certainly have alerted him to the Puig possibility before any news organisation came into possession of that information.