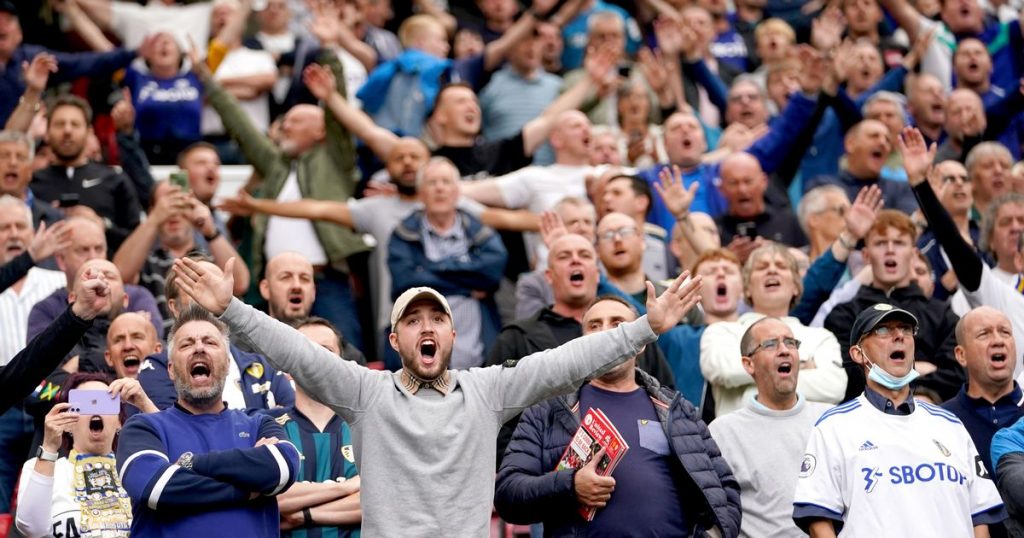 Leeds United have unveiled their new third strip for the 2021/22 Premier League season.

After the launch of their dark blue away strip, the club have now revealed a lilac purple number, fit with white trimming, described by the club as “rhapsody purple”.

Kalvin Phillips and Raphinha are amongst those to have posed in the third kit in the promotional videos, which could get its first outing against Newcastle United on Friday, September 17.

Leeds fans can get their hands on the new kit from 8am in-store on Thursday, September 9, or at 9am online.

Ahead of the official launch, Leeds fans responded to a leak released by footyheadlines.com who accurately revealed a picture of the new kit.

Twitter user @farleyninja was not impressed, writing: “lacklustre effort. Will not be getting it.”

Meanwhile, others are excited for the different colour scheme, with @arksaputra quote tweeting the footyheadlines article and simply adding a lilac heart emoji, whilst another user @VOYNICH said: “@lufc just release it we’ve seen it anyway.”

On Twitter @EamoV1 said in the summer: “Leeds had one of our best wins in 20 years in a maroon and gold kit and you still have fans going ‘nah, lilac isn’t Leeds’. It’s not the kit, it’s what you do with it.”