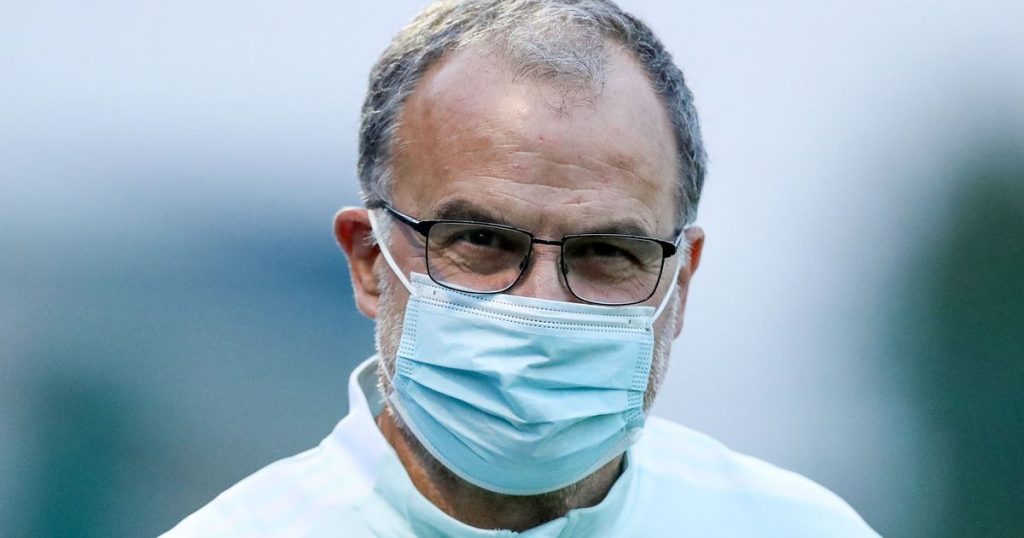 Having previously won the Professional Development League, Leeds’ Category One status earned them passage into Premier League 2 Division 2 and the U-18 Premier League for the 2020/21 campaign – a higher level, and higher calibre of opponent by all accounts.

PL2 Division 2 is the second tier of the country’s premier U-23 league.

Their first year in the competition began with a 4-0 humbling at the hands of Stoke City U-23. It was to be a steep learning curve and fostered a feeling of trepidation over the season that was to come.

However, the team rallied behind manager Mark Jackson, and buoyed by some excellent additions in the transfer market, became a roaring success, lifting the title with games to spare, going unbeaten at home.

This was achieved largely by a team punctuated with standout teenagers, as well as a smattering of first-team drop-ins on occasion.

It is important to stress, Leeds‘ academy, headed up by Adam Underwood, as well as it’s U-18 and U-23 sides, play the way of the first-team.

Teams endeavour to play fast, aggressive, in-your-face football with a focus on playing forwards at every feasible opportunity and harrying opponents off the ball.

Leeds U23s in particular were excellent at imposing their style upon the opposition last season, forcing young sides out of their comfort zone and out of shape, which as a consequence led to high-scoring games in Leeds’ favour.

The reason for doing so is that when Marcelo Bielsa requires U-23 players to participate in first-team training drills, they are already well-versed in the various exercises and what will be expected of them. In short, it eases their transition to eventual first-team involvement.

Without this, it would be difficult – even more so than it already is – to traverse the chasm that separates U-23 football and the senior game.

Leeds’ U-23 side have a number of standout players in various positions, and their acclimatisation to PL2 Division 1, amongst the likes of Liverpool, Manchester City, Manchester United, Arsenal and Chelsea’s elite academies will be a test of strength, character and top-level ability.

Joe Gelhardt, Sam Greenwood and captain Charlie Cresswell are highly-regarded teenagers already involved with England’s U-19 setup. The latter is son of former Leeds striker Richard Cresswell, and shares his father’s imposing stature but boasts a more calming demeanour on the ball. He is comfortable playing out of defence, and a threat at attacking set-pieces.

Much like Cresswell in the opposition’s penalty area, there isn’t an awful lot that is delicate about Joe Gelhardt’s game. Except, that is, for his deceptively adeptness at weaving through bodies and shifting his direction in an instant.

Gelhardt arrived as a well-built teenage striker, highly-regarded from his time at Wigan Athletic. While he has retained his natural stockiness, Gelhardt has worked diligently on his strength and conditioning to make him a real threat at U-23 level, not far off a first-team bow.

Sam Greenwood on the other hand, has already earned a first senior appearance for Leeds United, which came in the ignominious FA Cup Third Round defeat to Crawley Town in January 2021.

The former Arsenal and Sunderland youngster hit the ground running upon arriving at Thorp Arch, the club’s training base, last summer. He netted a hat-trick against his boyhood Black Cats, before settling into an attacking No. 8 role in midfield, despite his roots further forward.

Nevertheless, the 19-year-old finished the season as top scorer, showcasing a particular penchant for converting free-kicks from improbable range.

Elsewhere within the U-23 setup, there is much hope for the likes of Cody Drameh, an organised, athletic and secure right-back, as well as Crysencio Summerville. The latter was signed from Dutch club Feyenoord, famed for their reputation of producing high-class talent and future Oranje internationals.

Summerville featured intermittently in his first season as a Leeds U-23 player, while Drameh was practically indispensable.

The Dutchman did not suffer from his relative lack of game-time however, scoring six and assisting a further six in just 12 league appearances. A right-footed right-winger, Summerville’s dribbling ability set him apart at PL2 Division 2 level. It will be intriguing to see whether his fleet-of-foot approach will enjoy similar success in the league above this time around.

Of the five names listed, four were added last summer, some for seven-figure fees.

Leeds have identified a gap in the market, hoovering up some of the best young talent in the country – and further afield in Summerville’s case – for sizeable sums measured against an U-23 yardstick.

That said, by Premier League standards, the vast majority of these additions have been relatively inexpensive. The sum of Summerville, Gelhardt, Greenwood and Drameh’s moves to Leeds United only equate to roughly 50% of the total it cost to bring Helder Costa to Elland Road on a permanent deal.

This summer, the club have repeated that transfer tactic of sorts, moving swiftly to lure Amari Miller from Birmingham City, Sean McGurk from Wigan Athletic and Lewis Bate from Chelsea, adding to the budding U-23 setup at Thorp Arch.

Similarly, the addition of Luca Thomas from Manchester City, as well as the signing of Alfie Hughes and Joe Snowdon to professional deals early in the window indicates that while Leeds are ambitious at every level.

In terms of outgoings, highly-regarded central defender Olly Casey left Leeds for good this summer after impressing at various youth levels right up to the U-23s. His partnership with Charlie Cresswell was one of the highlights of the side’s title-winning campaign and no doubt earned him his switch to newly-promoted Championship outfit Blackpool.

The future of the academy looks bright for reasons such as the above; it will continue to produce competent, skilled footballers, if not for Leeds United, then for other professional clubs.