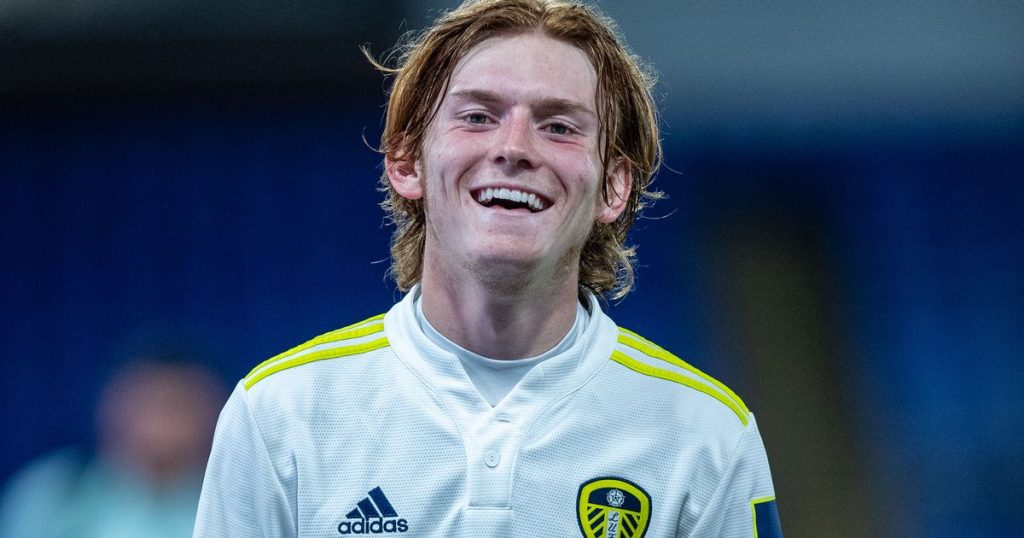 Leeds United development squad boss Mark Jackson named a team with an average age of 17 for the Whites’ opening Papa John’s Trophy fixture of the season.

Last year, this competition proved particularly unkind to the junior Whites who were defeated 7-0 by Accrington Stanley, 3-0 by Blackpool and beaten on penalties by Barrow.

This season’s opening fixture against Tranmere Rovers was bound to be a baptism of fire, given that the Merseyside club made it all the way to the EFL Trophy final at Wembley Stadium just five months ago.

Here are the Leeds United U-21 player ratings from Prenton Park.

Didn’t have a great deal to do but hardly came close to Tranmere’s efforts on target. Difficult night.

Substituted at half-time but a reasonable showing from the youngster at right-back. Got up and down to support Amari Miller on his flank.

Read the danger well when facing up to Tranmere’s deeper attacks, but when the hosts made progress towards the Leeds goal and committed bodies, Nicky Maynard’s movement eluded the young defender.

Still, at just 17 years-old, that will be valuable experience going up against a seasoned Football League striker.

Stepped out of defence on a number of occasions, looking purposeful when doing so. Mullen appeared comfortable with the ball at his feet. Similar story to Kris Moore when it came to tracking runners, but these games are all about gaining experience.

Started in an unfamiliar left-back role before switching to right-back for the second half.

Grew into the game and played some nice passes.

Played in defensive midfield, carrying out a man-marking task on Mark Duffy for the majority of the game. A few wayward passes and his positioning could have been better to prevent some of Tranmere’s more threatening bursts forward, but the energy levels didn’t drop, to his credit.

At just 15 years old, Gray was comfortably the youngest player on the pitch but carried himself well given the circumstances in central midfield.

Won the occasional foul and competed as well as could be expected from a physical standpoint. Turned out of trouble when it looked like he would be dispossessed more than once, including when he set up Amari Miller for Leeds’ goal. Very capable for his age.

One of Leeds’ finest distributors on the day, switching play and the point of attack with relative ease.

Lacked a physical presence in the middle, but this was a League Two side he was up against. That will come.

Left a little to be desired and lacked penetration on the right, but dispatched of his goal well when called upon. Stretched the Tranmere defence with aggressive positioning.

Still gives the impression we’re yet to see the best of him.

Star of the show for Leeds, Sean McGurk immediately displayed his top-level technical ability, linking up well with Joe Snowdon in the first half. For large periods appeared the only Leeds player capable of creating anything on his own, and could have scored the Whites’ first goal if not for a strong save by Ross Doohan on the hour mark.

He did not let up in his intensity, which is a credit to his mentality and precisely why he has featured frequently with the U-23s during 2021.

Not afraid to take on his man, and proved robust on the left-hand side during the second 45 minutes. Energetic.